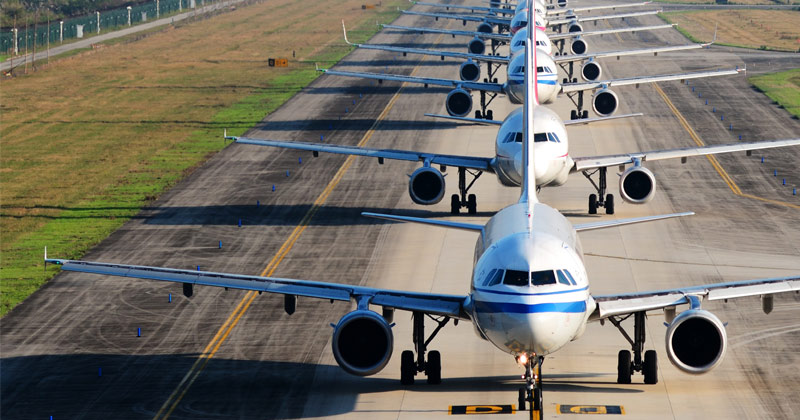 They say the computers on board the Apollo spacecraft were not even as powerful as your smartphone.

So, how did they travel all that way, perform complex maneuvers in space and return through Earth’s atmosphere at just the right angle to splash down in the Pacific Ocean?

Greg Schmidt knows an important part of the answer is based in math. He heard all about it from his father, Stanley Schmidt, who developed powerful computational techniques at NASA’s Ames Research Center, in California’s Silicon Valley, even before the Apollo program was ramping up. After a childhood steeped in this history, Greg grew up to become the director of NASA’s Solar System Exploration Research Virtual Institute, based at Ames.

He remembers the story well.

“My father had been assigned the problem of navigating to the Moon and, as he told it to me, it was a very difficult problem,” said Schmidt. “They didn’t have a mathematical solution to it. It involved taking a number of different sources of information and combining them in an optimal way to get the best estimate of where your spacecraft is at any time, how fast you’re going and other variables, too.”

The calculations needed to be something the computers on board the Apollo capsule could tackle with their limited, 1960s-era computing power. The elder Schmidt, who was chief of the Ames Dynamic Analysis Branch when NASA was studying the feasibility of its future lunar missions, knew of work done a few years earlier by a mathematician named Rudolf Kalman.

“My dad invited Rudy Kalman to give a lecture at Ames, and when he did, Dad had an epiphany,” the younger Schmidt explained. “Kalman had written a paper about a theoretical ‘linear’ solution to estimating a vehicle’s location and speed.”

“The problem was that this was a fundamentally ‘nonlinear’ problem; that’s like the difference in complexity between floating down a lazy river and going over a waterfall, where your motion becomes chaotic and unpredictable,” he said. “My dad then developed the equations for how to solve this nonlinear problem – a major extension of Kalman’s work.”

And an answer that would guide the astronauts safely to the Moon and home again.

Today, the approach underlying those historic space flights is used in applications across our lives, even helping direct air traffic to increase efficiency in our busy skies. The two scenarios have related problems to solve, and the innovative math that came to be called the Schmidt-Kalman filter provides the answers.

From Apollo to the Airport: The Schmidt-Kalman Filter at Work

At airports across the country, the demand for flights is growing, so NASA is working with partners like the Federal Aviation Administration to research ways of directing that traffic as efficiently as possible. Today at Ames, research teams are developing air traffic management systems that help things go smoothly in all phases of flight: takeoff, cruise and landing.

One principle that helps get more passengers on their way is to release additional planes for takeoff at the right moments. Knowing when that’s safe to do has something in common with the challenge of navigating to the Moon: You need to estimate as accurately as possible the positions of many different aircraft – or of one very special spacecraft – and to work with the uncertainty that all measurements contain. And that’s where the Schmidt-Kalman filter comes in.

Any way you measure an aircraft’s position, it comes with a degree of uncertainty. That’s simply because no tool can measure something perfectly and there are a lot of factors influencing a plane in flight: wind speed, weather, pilot performance… So, neither aircraft tracking systems based on radar and GPS measurements nor sophisticated calculations of your plane’s expected flight path can pinpoint exact coordinates; they’re really saying your plane is located somewhere within a certain limited zone. The smaller that zone, the more confident you can be that your craft’s estimated position is as close to reality as possible.

The technique works, in our example, by fusing those two methods of estimating position: calculating a predicted flight path and using real-life measurements. This lets the Schmidt-Kalman filter narrow the window of possibilities for a plane’s location and gives an answer that is stronger than either method alone. It’s called a filter because it also removes “noise,” or extra, meaningless data, from the measurements. And it’s even able to tell you when to trust the equations more and when to have more faith in your measurements, shifting the balance in how much weight it gives each part to perform its analysis.

“In air traffic management, the job is to keep aircraft safe and separated,” said Jeremy Coupe, an aerospace engineer in aviation systems at Ames. “If you have a very accurate idea of where every aircraft is, you can increase the number of flights in a given area. But if you don’t have a good idea, you can’t be sure how to safely pack more of them into the airspace.”

So, the FAA took a cue from Apollo: To help improve that accuracy in estimating positions, the FAA added Schmidt-Kalman filters to the calculations performed by their aircraft-tracking systems.

“I’m immensely proud of what my father did,” said Greg Schmidt. “Before he passed away, I remember being at the hospital talking with him about his work. He was barely even able to talk, but recounted all the equations as clearly as if it were 50 years earlier. He was a truly amazing man.”

Driven by those studies of spacecraft navigation in the 1960s, Stanley Schmidt’s contributions turned a theory into something essential for the success of Apollo. And, today, he’s still helping you fly to your destination – safely and on time.

Alex Jones examines the fallout of falling IQs and attention spans, and what people can to to fight it.