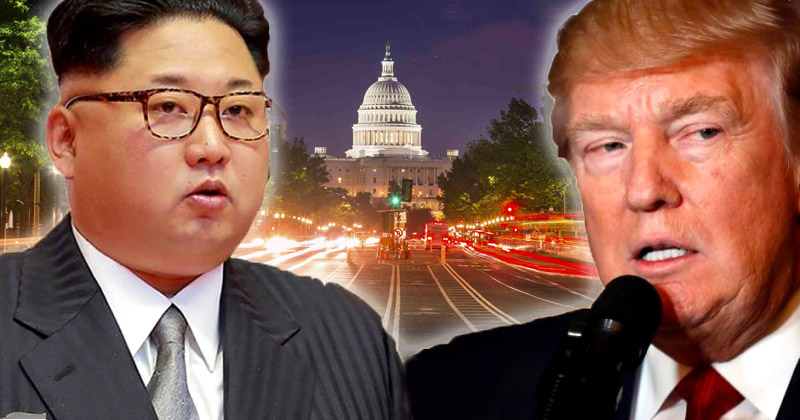 According to Mattis, the Hwasong-15 missile “went higher, frankly, than any previous shots.”

“The bottom line is, it’s a continued effort to build a threat — a ballistic missile threat that endangers world peace, regional peace and certainly the United States,” Mattis said.

An official statement released by Pyongyang indicated that the missile, allegedly capable of delivering a “super large heavy-warhead,” brings North Korea to its goal “of the completion of the rocket weaponry system development set by the DPRK.”

“After watching the successful launch of the new type ICBM Hwasong-15, Kim Jong Un declared with pride that now we have finally realized the great historic cause of completing the state nuclear force, the cause of building a rocket power,” the statement, read on state-run broadcaster KCTV, said.

In an address to the media, U.S. President Donald Trump made brief mention of the launch, stating simply, “We will take care of it.”

In a phone call with Chinese President Xi Jinping, Trump reportedly pledged to issue a new wave of “major sanctions” on North Korea.

“Just spoke to President XI JINPING of China concerning the latest provocative actions of North Korea,” Trump said on Twitter. “Additional major sanctions will be imposed on North Korea today. This situation will be handled!”

The missile test follows President Trump’s redesignation of North Korea as a state sponsor of terror and his tour of Asia.

U.S. Secretary of State Rex Tillerson pressed in a statement following the launch that “diplomatic options remain viable and open, for now.”

“China wants North Korea to stop any action that escalates tension on the Korean Peninsula.”

Speaking with reporters Wednesday, Kremlin Spokesman Dmitry Peskov condemned the launch as a “provocative step” that serves to escalate tensions on the Korean Peninsula.

“No doubt, another missile launch is a provocative step, which sparks a further rise in tensions, and which moves us away from beginning to settle the crisis,” Peskov said. “We condemn this launch and hope that all the respective sides will manage to keep calm, which is very necessary to prevent the worst-case scenario on the Korean Peninsula.”

With Washington D.C. and nearly the rest of the world now potentially in range of a nuclear strike, some experts are calling on the U.S. to begin negotiations with Pyongyang without conditions of denuclearization.

“[D]iplomacy is worth the risk of failure, because to not engage them just gives them time to scale up,” Melissa Hanham, a senior research associate at California’s Middlebury Institute of International Studies, said on Twitter Wednesday.

In comments to CNN, a North Korean official repeated previous remarks stating that Pyongyang would only enter into negotiations once it has proven its nuclear capabilities.

“Before we can engage in diplomacy with the Trump administration, we want to send a clear message that the DPRK has a reliable defensive and offensive capability to counter any aggression from the United States,” the official said.

North Korea hinted in September that the next step in its weapons program could be an atmospheric nuclear test over the Pacific Ocean.