On this first of May, 2013 – a day celebrated by communists in their struggle for “liberation” – it is appropriate to reflect on the communist agenda. Many of its goals have manifested systemically in the decades gone by. Whether or not you believe there is a conscious agenda behind the changes we are witnessing is irrelevant. Forget the “Communist” label for a moment and recognize these labels for what they are: Different ways of describing despicable tyrants making their move for total control. As we can see with the examples below (of which there are many more) the political and social aspects of our country have been successfully altered.

As entered into the Congressional Record of 1963:

“Discredit the American Founding Fathers. Present them as selfish aristocrats who had no concern for the “common man.””

— FEMA has been caught on video instructing local police that the founding fathers were America’s first terrorists.

— West Point’s Combating Terrorism Center lists “anti-federalists” as a terrorist group. As the document states, “They… espouse strong convictions regarding the federal government, believing it to be corrupt and tyrannical, with a natural tendency to intrude on individuals’ civil and constitutional rights… they support civil activism, individual freedoms, and self government.”

“Discredit the American Constitution by calling it inadequate, old-fashioned, out of step with modern needs, a hindrance to cooperation between nations on a worldwide basis.”

— New York mayor Michael Bloomberg, in response to the Boston bombings, says that the U.S. Constitution will “have to change”. Of course, it is in the name of increased security.

— In December of last year, the New York Times published an article by Louis Michael Seidman, professor of constitutional law at Georgetown University, which proudly admonished “Let’s Give Up on the Constitution.” Seidman dares to blame our problems on following the constitution, which he calls “evil” and “archaic”.

— In waging the war on terror after 9/11 the Bill of Rights was an inconvenience that Bush administration officials sought to remove. President Obama has continued down the same path with the NDAA and other unconstitutional measures.

“Break down cultural standards of morality by promoting pornography and obscenity in books, magazines, motion pictures, radio, and TV.”

The prevalence of pornography in today’s society is nothing short of shocking. Its impact on society is corrosive, which is why it must be promoted if a revolutionary group wants to alter the social landscape. According to the Washington Post, 1 in 6 women are addicted to porn. In 2004 Dr. Jill Manning testified before the U.S. Senate regarding the impact of pornography on marriage in the United States. She presented statistics gathered from lawyers around the country. She found that, “56 percent of divorce cases involved one party having an obsessive interest in pornographic websites.” As Kevin Skinner writes in Psychology Today, “If half of the people divorcing claim pornography as the culprit, that means there are 500,000 marriages annually that are failing due to pornography.”

“Support any socialist movement to give centralized control over any part of the culture–education, social agencies, welfare programs, mental health clinics, etc.”

The Cloward–Piven strategy is going full force under the Obama administration. This socialist strategy, developed in 1966 by Richard Cloward and Frances Fox Piven, sought to push welfare on the masses in order to create division and economic crisis. A program of “wealth redistribution” is then presented as a solution. Under Obama, welfare is at an all time high. From 2007 to 2011 the number of food stamp recipients rose 70% to 45 million. A 1966 article published in the The Nation outlined the plan,

“A series of welfare drives in large cities would, we believe, impel action on a new federal program to distribute income, eliminating the present public welfare system and alleviating the abject poverty which it perpetrates… These disruptions would generate severe political strains, and deepen existing divisions among elements in the big-city Democratic coalition: the remaining white middle class, the white working-class ethnic groups and the growing minority poor… a national Democratic administration would be con-strained to advance a federal solution to poverty that would override local welfare failures, local class and racial conflicts and local revenue dilemmas. By the internal disruption of local bureaucratic practices, by the furor over public welfare poverty, and by the collapse of current financing arrangements, powerful forces can be generated for major economic reforms at the national level.”

Regardless of its political label, tyranny is rising in the United States of America. It is the responsibility of every upstanding citizen to denounce it and work to restore the values and liberty loving spirit that sustained our ancestors. 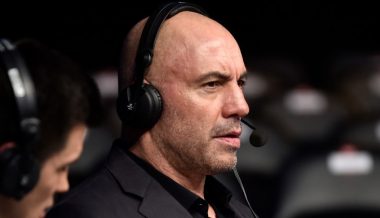