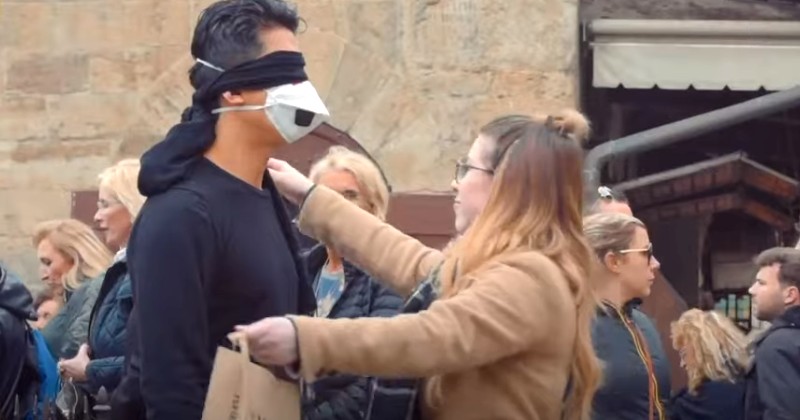 The Mayor of Florence is facing fresh criticism after he encouraged Italians to “Hug a Chinese” as a stand against racism before Italy was later forced to quarantine its entire country because of the coronavirus.

The story is yet another illustration of how political correctness can actually sometimes be dangerous if not fatal.

Italy is now under a complete lockdown after the country was ravaged by coronavirus. Current figures show over 12,000 recorded infections with 827 deaths.

Many observers have criticized Italy’s left-wing government for not taking tougher measures earlier, but their reaction was significantly less embarrassing than how Mayor of Florence Dario Nardella responded to the outbreak.

Back in February, as the first cases of coronavirus were being recorded in Italy, Nardella launched an anti-racism hashtag campaign which translates as “hug a Chinese.”

“Half-empty Chinese restaurants, suspicious looks when you meet a Chinese on the street – maybe born and raised in Italy – psychosis when the bus neighbor sneezes, this is the effect of Coronavirus on the Italian population,” reported Newsly.it.

A video shows a Chinese man wearing a blindfold and a face mask in Florence asking for hugs. Numerous people embrace the man while some physically remove his blindfold and mask.

The Mayor even released a Twitter video of himself hugging an awkward-looking Chinese person to promote the campaign, which was launched to “stem the hatred” and “express solidarity with the Chinese community.”

Suffice to say Nardella is a member of the left-wing Democratic Party in Italy.

One wonders if he sees the empty streets in Florence and ponders whether his absurd campaign contributed to the current state of Italy.