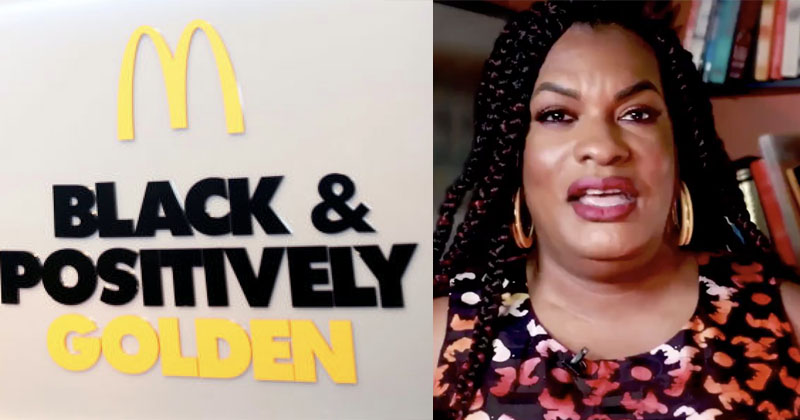 A thread of all the powerful voices you’ll hear during tonight’s #BETAwards https://t.co/jFdiwhWsF5

The string of ads featured black artists, media figures, and activists such as Imara Jones, a fellow with the Soros-founded Open Society Foundation.

In the promo, Jones referred to the the nationwide rioting and violence in the inner cities as a “Black Lives Matter moment” and told white America to “stop killing” black trans people.

“In this Black Lives Matter moment, black trans women have a very simple message: stop killing us,” Jones said. “We can’t expect others to care about us more than we care about ourselves. We’re all free, or none of us is.”

McDonald’s even had an ad for race hoaxer Bubba Wallace, who falsely claimed that a garage door rope tie was a threatening noose left in his race car garage, then appeared disappointed on The View when it turned out not to be a hate crime.

“You’re not going to stop hearing about the Black driver for years” – @BubbaWallace https://t.co/GrHdDykrIP pic.twitter.com/bxdVf2MlKB

As we’ve exhaustively reported, Black Lives Matter is a self-described “Marxist” organization that funnels donations from its own website to Democratic Party candidates’ coffers via an organization called ActBlue.

But that hasn’t stopped dozens of corporations, from Amazon to Nike, from pandering to the far-left racial movement.