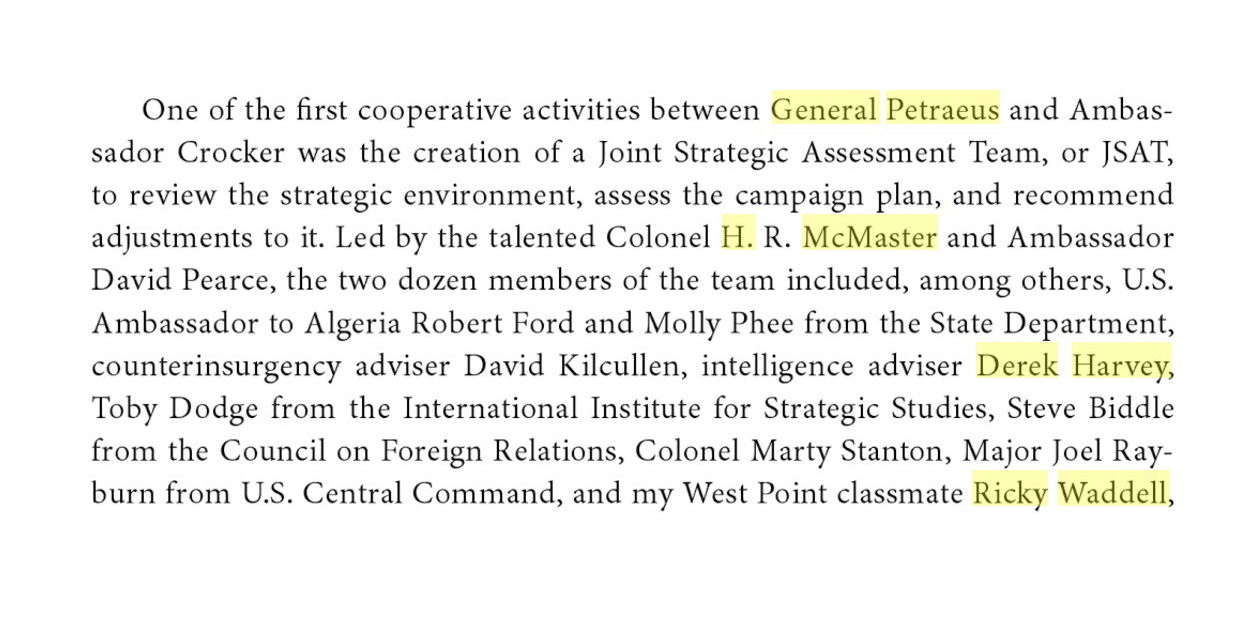 Waddell set up an office inside the executive building, and is acting as McMaster’s deputy.

K.T. McFarland, currently deputy NSA, is leaving the NSC for a position in Singapore.

Trump’s base is not supportive of either pick, viewing Goldman Sachs surrogates (Powell) and Petraeus puppets (Waddell) as a lose-lose for America.

McMaster’s plan is to stack the NSC with Petraeaus loyalists who are willing to do whatever it takes, including maniplating intelligence reports, to lead the U.S. in a ground war in the Middle East.

Surge: My Journey with General David Petraeus and the Remaking of the Iraq War describes Petraeus’ inner circle as including H.R. McMaster, now head of the NSC, Derek Harvey (the NSC’s top adviser on the Middle East), Joel Rayburn (Harvey’s deputy) and Major General Ricky Waddell. 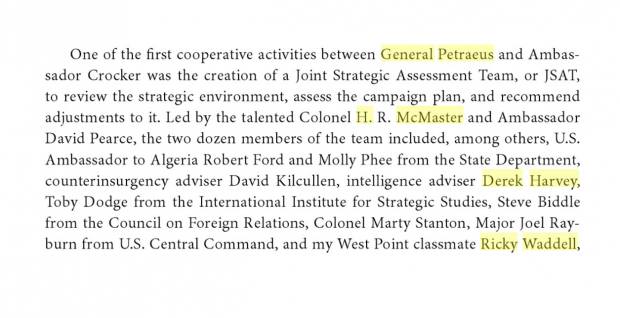 McMaster recently presented an unpopular plan to President Trump calling for between $23 and $35 billion in spending in Afghanistan, as reported by Eli Lake of Bloomberg and Mike Cernovich of Cernovich Media.

McMaster’s hiring of Waddell is a bold power move in light of his recent decision to unilaterally reverse Trump’s position on South Korea.

McMaster may be facing far bigger problems than drawing fire from President Trump.

Journalists at a major outlet are investigating a story that, if verified, would force McMaster to leave the NSC in disgrace — much as his mentor David Petraeus left the CIA after he was caught sharing classified information with a mistress.

Who is McMaster really working for?

It’s clearly not the American people.

Will ties to Saudi Arabia be revealed?

What is McMaster’s ominous agenda?

This article was first posted at Medium.com