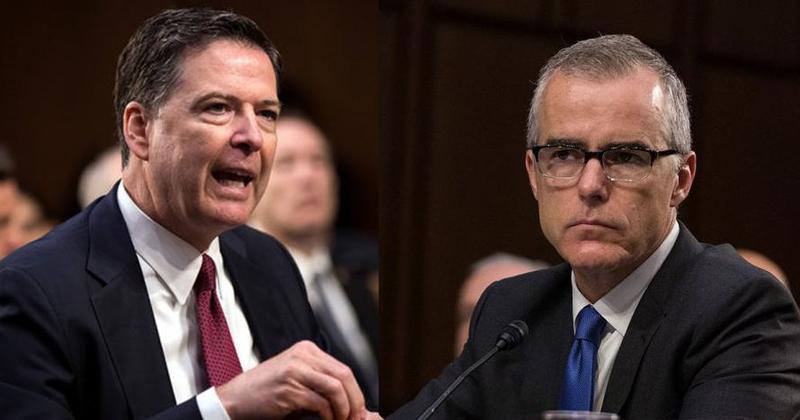 Mark Meadows confirmed what many have suspected about the Trump-Russia for a long time; the FBI knew early on that the foundation of its counterintelligence investigation against the Trump campaign was built on ‘a foundation of sand,’ reports the Daily Caller‘s Chuck Ross.

North Carolina Rep. Mark Meadows (R) told Hannity Friday night that the FBI knew “within 60 days of them opening the investigation, prior to [Robert] Mueller coming on, the FBI and the [Department of Justice] knew that Christopher Steele was not credible, the dossier was not true, George Papadopoulos was innocent.”

Meadows did not elaborate on why he believes the FBI knew their investigation was built on a mountain of lies, however according to The Hill‘s John Solomon last month, memos which were retroactively classified by the DOJ reveal that a high-ranking government official who met with Christopher Steele in October 2016 determined that information in the Trump-Russia dossier was inaccurate, and likely leaked to the media.

In an interview with Pierce Morgan President Trump said he was thinking about banning gun suppressors. Alex delivers a message to the President in the hopes that Trump will change his mind and defend the 2nd Amendment.

Meadows also suggested that the FBI had exculpatory information on Trump campaign adviser George Papadopoulos, who was fed the rumor that Russia had negative information on Hillary Clinton, and later bilked for said information by a Clinton-linked Australian diplomat. Papadopoulos would later be subject to a spying operation in which the FBI sent in two operatives to trick the Trump adviser in a failed business / honeypot operation.

The bureau opened its investigation of the Trump campaign on July 31, 2016, after receiving a tip about Papadopoulos from the Australian government. Within those two months, the FBI team leading the investigation received information from Steele’s dossier. The FBI also dispatched a longtime FBI informant, Stefan Halper, to meet with Papadopoulos.

The pair met in London in mid-September 2016 after Halper offered Papadopoulos $3,000 to write a policy paper. Halper, a former Cambridge professor, was accompanied by a woman he claimed was his assistant, Azra Turk. She is reportedly a government investigator.

Meadows in the past has suggested the FBI had exculpatory information on Papadopoulos that showed the Trump aide was not working with Russia. –Daily Caller

The FBI relied on the Steele dossier to obtain surveillance warrants on former Trump campaign adviser Carter Page, ostensibly allowing the Obama administration to surveil those Page was in contact with.