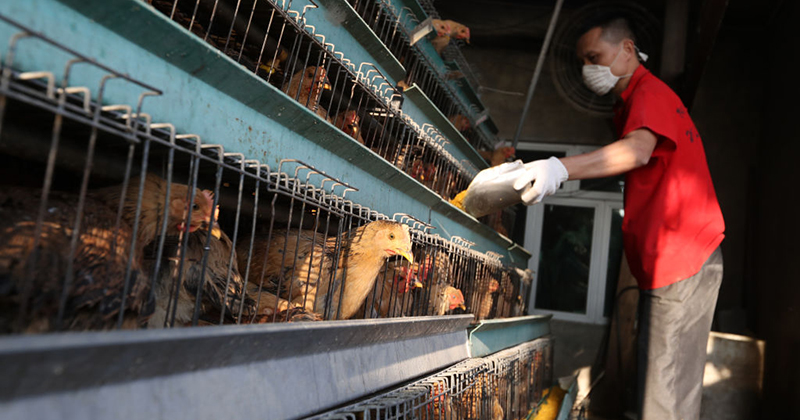 Fast-food chain Kentucky Fried Chicken (KFC) debuted the “restaurant of the future” last month in Moscow. The US fast-food chain unveiled a storefront dominated by automation and food lockers, a move that would allow for a contactless environment to mitigate the spread of COVID-19.

Besides reinventing the frontend of the store with robots and artificial intelligence, the backend is getting revamped as well. According to a recent company press release, 3D printing technology will be used to produce chicken nuggets.

KFC partnered with 3D Bioprinting Solutions to create cell-based “chicken meat” in labs that will be as “close as possible in both taste and appearance to the original KFC product,” with product testing expected this fall.

3D Bioprinting Solutions is developing additive bioprinting technology using chicken cells and plant material, allowing it to reproduce the taste and texture of chicken meat almost without involving animals in the process. KFC will provide its partner with all of the necessary ingredients, such as breading and spices, to achieve the signature KFC taste. At the moment, there are no other methods available on the market that could allow the creation of such complex products from animal cells. – the press release said

KFC said using 3D printing to produce the “meat of the future” has its advantages:

The bioprinting method has several advantages. Biomeat has exactly the same microelements as the original product, while excluding various additives that are used in traditional farming and animal husbandry, creating a cleaner final product. Cell-based meat products are also more ethical – the production process does not cause any harm to animals. Along with that, KFC remains committed to continuous improvement in animal welfare from the farm and through all aspects of our supply chain, including raising, handling, transportation and processing.

Also, according to a study by the American Environmental Science & Technology Journal, the technology of growing meat from cells has minimal negative impact on the environment, allowing energy consumption to be cut by more than half, greenhouse gas emissions to be reduced 25 fold and 100 times less land to be used than traditional farm-based meat production. – the release said

“At KFC, we are closely monitoring all of the latest trends and innovations and doing our best to keep up with the times by introducing advanced technologies to our restaurant networks,” said Raisa Polyakova, General Manager of KFC Russia & CIS.

KFC unveiling and testing futuristic meat comes as plant-based burgers have been developed by Beyond Meat and are sold at major supermarkets and fast-food chains.

A post-coronavirus world appears to be filled with automation, artificial intelligence, and now fake meat.