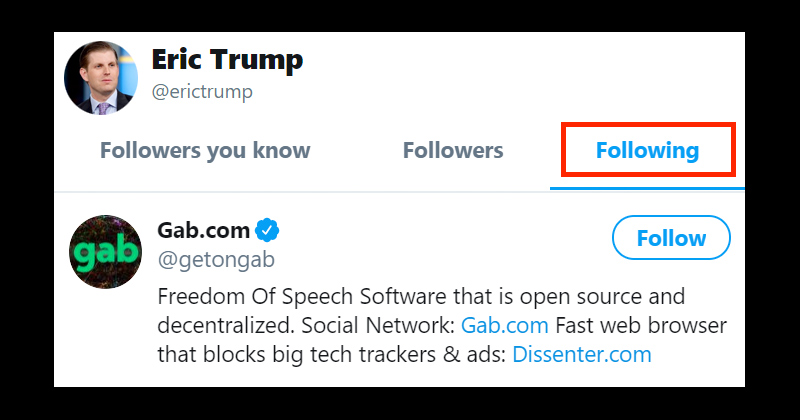 On Thursday, many noticed Eric had subscribed to follow @GetOnGab, the official account of Gab which promotes itself as an open source, decentralized, free speech social media platform.

EricTrump appears to be following @getongab. (This bot cannot tell if it was a new follow or the result of the account being reactivated.)

Judging by Eric’s most recent post, the catalyst appears to have been Twitter’s suspension of Sen. Majority Leader Mitch McConnell’s campaign team Wednesday, which was locked after sharing a video showing violent leftists rallying outside his home.

The white supremacist who murdered 11 people at a Pittsburgh synagogue used Gab pic.twitter.com/rKB6QmteI8

NBC News reporter Ben Collins chimed in, saying, “A reminder that Gab is where the Tree of Life Synagogue shooter posted mountains of anti-Semitic screeds, convinced the ‘migrant caravan’ was an ‘invasion’ plotted by a Jewish cabal, before writing ‘Screw the optics, I’m going in.’”

A reminder that Gab is where the Tree of Life Synagogue shooter posted mountains of anti-Semitic screeds, convinced the “migrant caravan” was an “invasion” plotted by a Jewish cabal, before writing “Screw the optics, I’m going in.”https://t.co/sh28JAtBDF

Gab responded to the criticism by pointing out that numerous mass shooters had relied on other social media sites like Twitter, Facebook, Instagram and Snapchat in the past to publicize their views and sometimes their attacks. 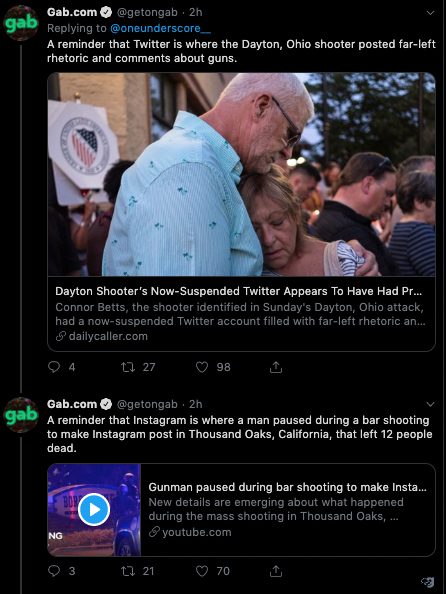 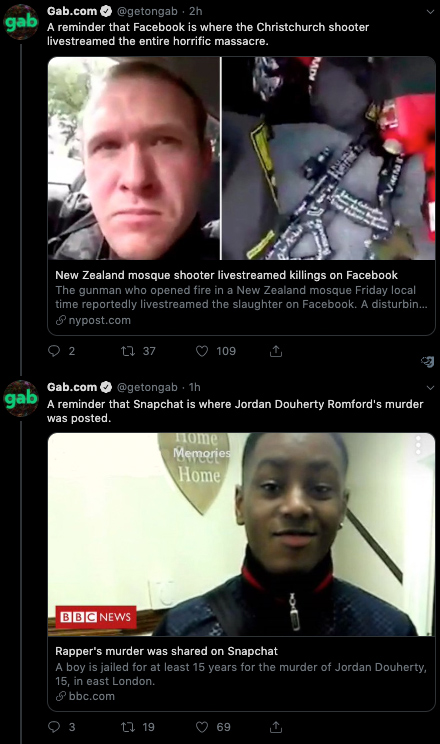 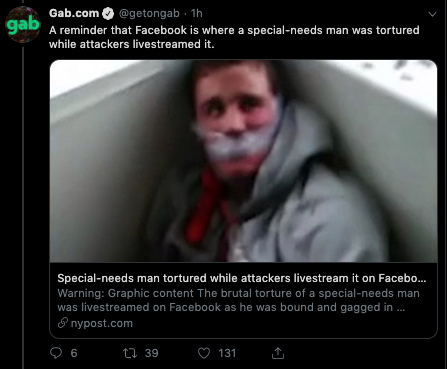 Meanwhile Gab users defended the platform, and encouraged Eric to stay the course. 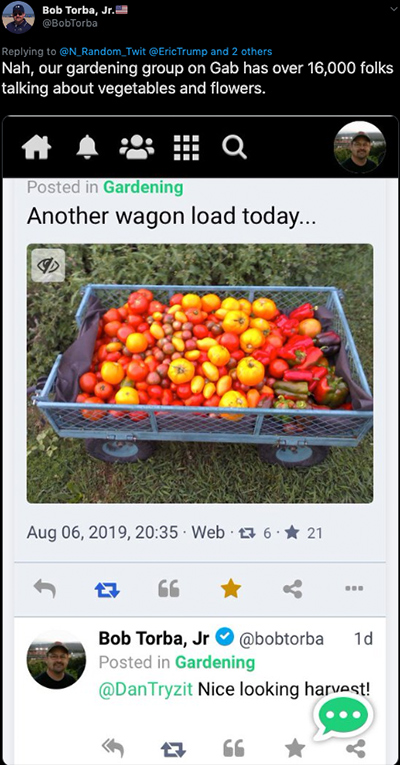 While there’s no indication Eric has created a Gab account, founder Andrew Torba says the media freakout is about the establishment fearing it could lose its stranglehold on information.

“Because they know that if Trump joins Gab they will no longer have control over the online narrative via Silicon Valley proxy,” Torba wrote on Gab Thursday.