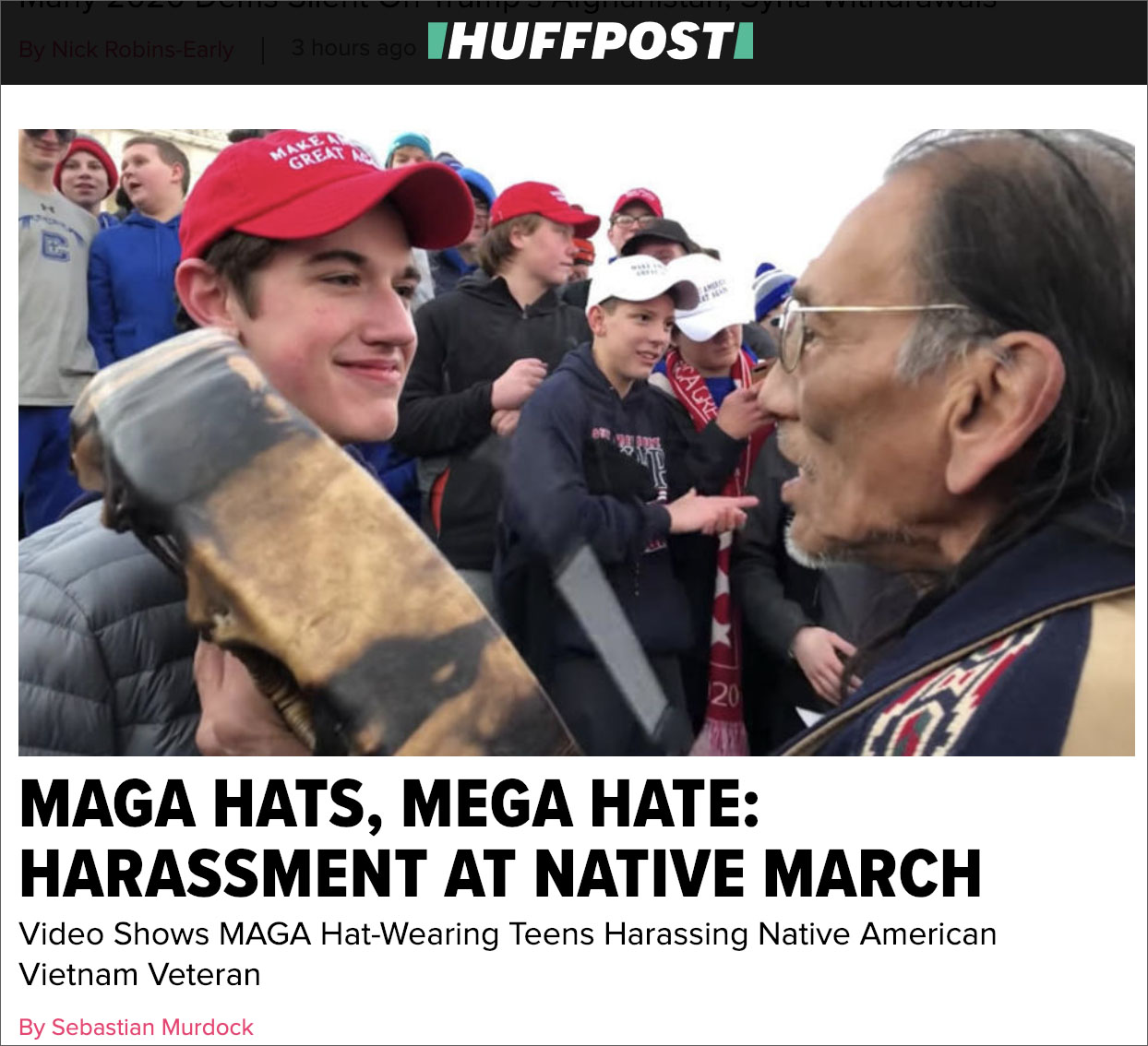 The mainstream media has been caught demonizing Trump-supporting Catholic students by falsely claiming they were harassing a Native American activist when video evidence shows the opposite.

The incident began Friday when video surfaced showing students from Covington Catholic school standing in front of the activist while he beat a drum outside the Lincoln Memorial.

The media then claimed that the students, who were in town for the March for Life, had been harassing the activist, which resulted in the students being doxxed and attacked on social media.

Below is a sample of the fraudulent stories cooked up by the mainstream media, who have not yet issued retractions. 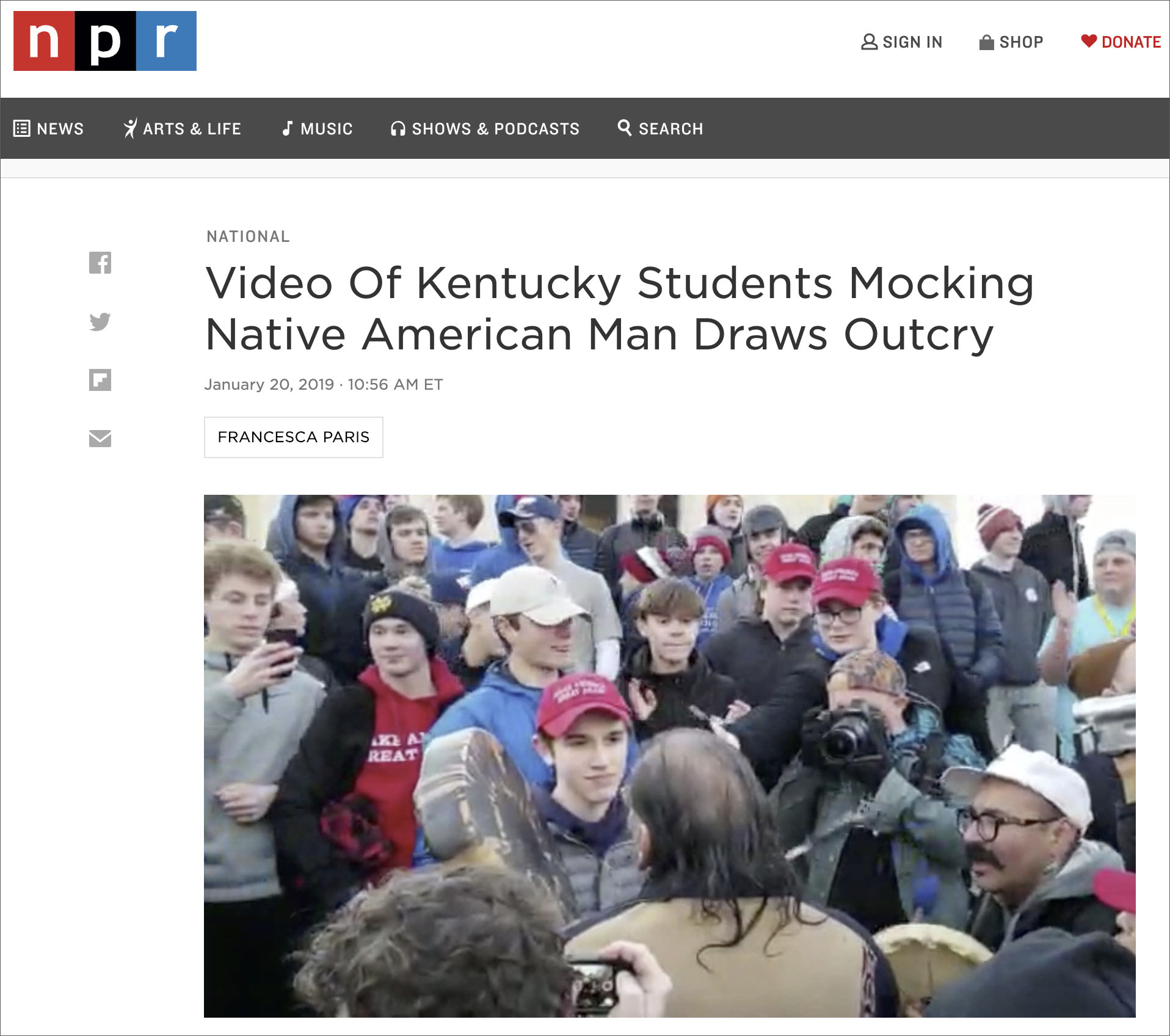 The demonization became so intense that one student released a statement to WKRC News setting the record straight, saying it was the activist who was looking for trouble.

Response from Cov Cath student who says he was present at the event in question in Washington.@Local12 pic.twitter.com/nqLD1pJY2u

He describes the activist, Nathan Phillips, and his group approaching the students while beating his drum before forcing his way into the center of their group, where he began to become hostile.

“They forced their way into the center of our group,” the student wrote. “We initially thought this was a cultural display since he was beating along to our cheers and so we clapped to the beat. He came to stand in front of one of my classmates who stood where he was, smiling and enjoying the experience. However, after multiple minutes of Mr. Phillips beating the drum directly in the face of my friend (mere centimeters from his nose), we became confused and started wondering what was happening. It was not until later that we discovered they would incriminate us a publicity stunt.”

This unedited video (with the original sound) is indisputable proof that the Native American man approached the Catholic school kids pic.twitter.com/cFi0qRYDg2

It’s WAY worse than this. Start at 1hr10min mark and end when kids get on bus. https://t.co/xkHrsypOiv

"You white people go back to Europe, this is not your land" pic.twitter.com/az204veNKo

The mainstream media is determined to demonize Trump supporters to start a culture clash any way they can in a divide-and-conquer tactic meant to distract and anger the public.

In September, the MSM pulled a similar stunt, accusing Alex Jones of harassing women by only showing video clips of his response to their mean-spirited remarks.

Alex Jones presents an audio clip from David Webb’s radio show where CNN analyst Areva Martin accuses the host of exercising white privilege throughout his entire career when he himself is black as well.