Following a talking point injected by intelligence insiders, the corporate media continues to lump in whistleblowers Bradley Manning and Edward Snowden with foreign spies and turncoats. Time Magazine has taken it a step further, however, comparing the two to actual mass murderers.

The Washingtonian produced the following graphic in a recent piece that compared Manning and Snowden to figures such as Julius and Ethel Rosenberg, Benedict Arnold, Aldrich Ames and John Walker Lindh – all viewed as traitors for actually providing secrets to foreign powers. This is pretty much par for the course, despite the fact that Snowden and Manning cannot be viewed in the same light because they a) released evidence that highlighted the government engaging in potentially criminal activity against its own people, and b) they released it to US journalists.

The fact that the US government is using the the Espionage Act to go after whistleblowers exposing the corrupt activities of its spy agencies is an irony not lost on many. However it is rather normal to see the “traitor” talking point repeated, owing to the involvement of classified material.

A few weeks ago, former head of the NSA and the CIA, General Michael Hayden, said he believes that Edward Snowden is worse than any American “traitor” ever, including Benedict Arnold, for blowing the whistle on NSA programs.

“Benedict Arnold was bent on betraying the garrison at West Point to the British during the Revolution. Klaus Fuchs and Julius and Ethel Rosenberg ferreted out nuclear secrets for the Russians. Aldrich Ames and Robert Hanssen identified American penetrations for ultimate execution by the Soviets.”

“But Snowden is in a class by himself.” Hayden asserted.

In a piece titled “Slipping Through The Cracks”, Time Magazine this week took that deranged argument one step further with the following graphic comparing Manning and Snowden to actual killers: The logic? Well, Nidal Hasan, the Fort Hood shooter, and Aaron Alexis, the Navy Yard shooter, were both under the employ of the military and therefore their crimes could have been prevented had it not been for “missed signals in our government-clearance system.”

Similarly, Time somehow argues that Manning and Snowden’s “crimes” of releasing classified material could have been prevented with more stringent background checks and safeguards against government employees going rogue.

This strain of logic has been pounced upon with revelations last week that the company that vetted Snowden for security clearance, USIS, was also responsible for clearing Alexis.

“From Edward Snowden to Aaron Alexis, what’s emerging is a pattern of failure on the part of this company, and a failure of this entire system, that risks nothing less than our national security and the lives of Americans,” Senator Claire McCaskill said in a statement last Thursday.

This would be a cogent point if it were not for the fact that lumping in Snowden with a mass murderer is patently idiotic.

Snowden’s and Manning’s motivations were clear – they were patriotic Americans who discovered that their own government was acting in a corrupt and fundamentally unconstitutional manner. At the point they discovered this, neither of them picked up a gun and started murdering people, they set about informing the public.

So there we have it, another sterling example of the mainstream media ignoring the facts and doling out nothing but establishment fed slander and smear. 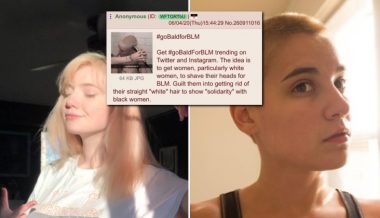