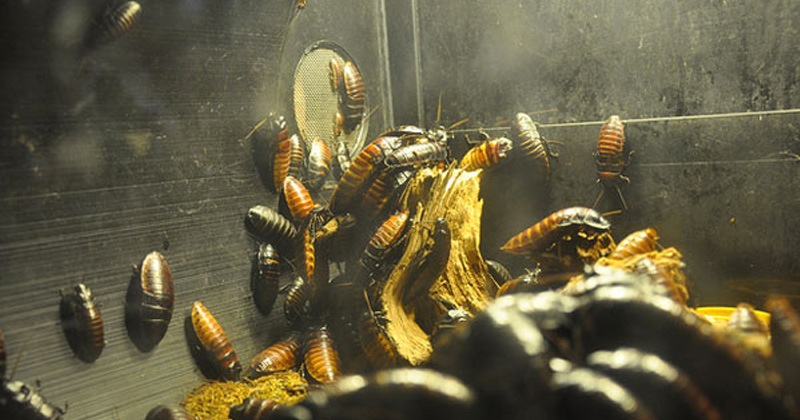 Though our ruling oligarchs are richer than ever and dining on $400 steaks covered with 24-karat edible gold leaf sheets, they’re actively preparing us plebs for a future of eating bugs.

Videos and articles like these are currently being churned out every day:

Is it time to start taking eating insects seriously? https://t.co/aF5T5cHQVh

How about giving up meat and eating bugs to save the planet? pic.twitter.com/D8A8BqFATf

What's the psychology behind why we find eating bugs so disgusting? pic.twitter.com/hsRQ6e24re

Meanwhile, the UN and globalist NGOs are pushing for taxes on testosterone-boosting red meat in the name of fighting “climate change.”

From Business Insider, “Governments around the world are considering taxing red meat like tobacco in an effort to curb climate change”:

First the taxman came for your cigars, now he might be coming for your steak.

That’s according to a new report sent to Business Insider by research company Fitch Solutions, which concluded that “sin taxes” – levies on products deemed undesirable like tobacco, sugary foods and drinks – could soon be applied to meat.

“Governments could leverage on this demand for more sustainability and tax the consumer instead of implementing stricter environmental production regulations,” Fitch first suggested in May.

Since then, new research by the company predicts such a tax could go global, due to environmental, health and ethical concerns.

The media is manufacturing this fake “trend” out of thin air.

Just last week, a coalition of cross-party German politicians proposed hiking the value-added tax (VAT) on meat from 7% to 19% in the hopes of cutting consumption.

Like sugar, red meat has been linked to an increased risk of cancer, heart disease, stroke and diabetes, which Fitch said laid the groundwork for similar taxes. A study by University of Oxford, for example, found introducing the measure could prevent almost 6,000 deaths a year and save nearly $850 million in healthcare costs.

“A meat tax could, therefore, emerge as a policy sibling to the sugar tax, supported on the basis that meat does play a role in a balanced diet but over-consumption is a public health issue,” it concluded.

Unlike sugar, however, the justification for restricting people’s appetite for meat relates to broader issues than just health, with climate change, deforestation, and ethical concerns all looming large in the minds of consumers.

It comes hot on the heels of a UN report which found that the human food system accounts for 37% of all greenhouse-gas emissions. Is it just a coincidence the average American’s diet has been engineered to be loaded with estrogen-producing soy, fattening vegetable oils and plastics which have a feminizing effect on men?

This explains a lot. https://t.co/qOZXcC6Qzw

Odds are this is being done on purpose to effectively neuter us and make us easier to conquer.

For the time being, you can counter it by eating a high-fat, low carb diet and avoiding highly processed foods.