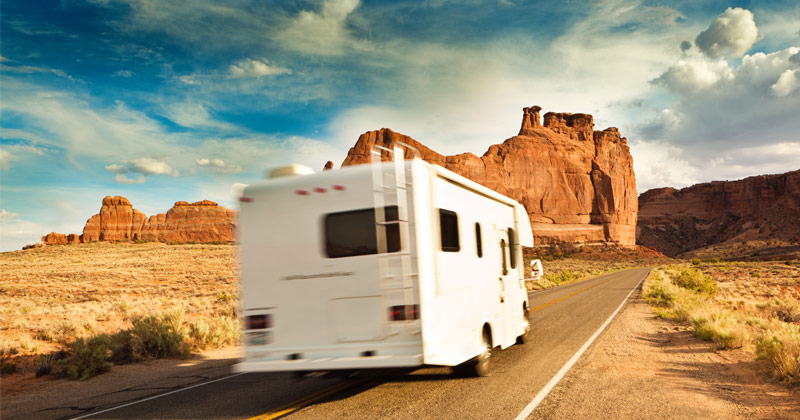 The impact that recreational vehicles have had on GDP has rocketed to all time highs, as the pandemic has Americans looking for new ways to vacation after many traditional summer trips have been cancelled.

In fact, as many as 50% of Americans cancelled their summer vacations, according to Inside Hook.

The site also noted that the main RV-sharing website had “the highest recorded booking numbers in company history.”

We noted the aberration in a Tweet we put out last week after the U.S. released its historic 32.9% GDP plunge:

Everyone is either trading stocks or cooking meth pic.twitter.com/Re4Ji7O1ys

RV companies are having trouble keeping up with demand and dealers are quickly going out of stock. RV Industry Association President Craig Kirby told Reuters that he thinks “more people will start to work out of RVs come fall.”

Jon Ferrando, CEO and President at RV Retailer said: “All models are in high demand and hard to keep in stock. Many models are on order for deliveries in December of 2020, as the demand has been unbelievable for the product over the past 90 days.”

To give a taste of exactly what is now officially driving U.S. GDP, Inside Hook released information on some of the more popular RVs being sold.

This Bushwhacker Teardrop model starts at just $8,990 and is only 13 feet long. It can be “configured with two separate mattresses, wall-mounted air-conditioning, a two-burner cooktop, a built-in sink and one of those electric Coleman coolers that acts like a mini fridge.”

Starting at $38,400, this Airstream Basecamp model “can sleep up to four people with a bathroom onboard.”

The Basecamp provides a lightweight, compact and responsive towing experience. If you're ready for independence and rugged travel, this trailer might be your perfect fit! Read more: https://t.co/42CXOTQV4X pic.twitter.com/UFs32S72lg

The $225,000 Bowlus Road Chief Endless Highways model costs as much as a small house. The retro design is “because the company traces its roots back to 1934, when designer Hawley Bowlus built a trailer that would go on to inspire the household name.”

Then there’s the EarthRomer LTi, which starts at $590,000 and has been called the “best doomsday vehicle”. It sports a “carbon-fiber body, solar power and the ability to go off-grid instead of from RV hookup to RV hookup.”

Finally, if you want to go full “Motley Crue on tour”, there’s the Foretravel Realm FS6 Presidential Luxury Villa Bunk with Spa, which starts at about $1.4 million.

With this model you get “a 45-foot condo on wheels that’s bigger than many New York apartments, two full baths featuring a massaging, Chromatherapy and a VibrAcoustic tub.”

It sure does – though we’re guessing not too many of these $1.4 million models are the ones driving GDP…

Regardless, here’s what $1.4 million gets you: