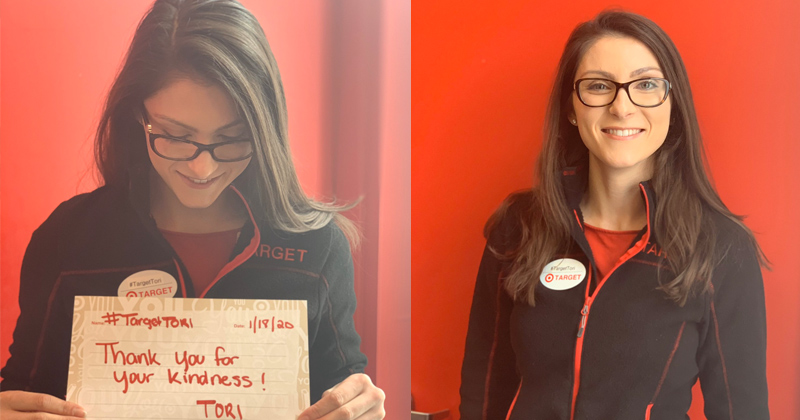 A female Target employee named Tori will soon be taking a much-needed vacation after her interaction with a deranged liberal journalist went viral.

It all started last Friday, when anti-Trump journalist David Leavitt went to Target and spotted an $89.99 electric toothbrush with a price tag missing, and a display tag in its place which read “$0.01.”

Rather than assume, like most would, that the tag was for the display item and internal inventory purposes, Leavitt took a boxed toothbrush to the front of the store to purchase the item for a penny.

When the manager, Tori, refused to sell Leavitt the toothbrush for one cent, he put her on blast, sending a tweet out containing a photo of the display showing “$0.01,” an unflattering photo of the Target worker, and a screenshot of a Massachusetts law which Leavitt says entitled him to the low price.

This @target manager Tori is not honoring the price of their items per massachusetts law pic.twitter.com/7IYMjCcutZ

“This @target manager Tori is not honoring the price of their items per massachusetts law,” Leavitt announced in a tweet which went out to his 210K followers.

By the time the incident was over, Leavitt’s Twitter timeline had documented how he summoned police and threatened to take the company to court.

“The police verified @target displayed the price of toothbrush for $0.01,” Leavitt explained. “The store manager Tori refused to sell me the toothbrush for displayed price. The police said I need to sue them and that they are making me a verified report take to court.”

Corporations like @target are not above the law. The police officer told me they’d testify that they saw the price and that the manager wouldn’t sell me the item for the price listed.

Needless to say, dealing with Leavitt and his legal threats was now above Target manager Tori’s pay grade, not to mention she likely didn’t go to work thinking she’d be the “target” of a deranged liberal meltdown.

Enter meme maker Carpe Donktum, who immediately took issue with Leavitt’s misinterpretation of the price tag and his humiliation of Tori.

“I have started a GoFundMe to send Tori on a vacation,” Carpe tweeted within hours of Leavitt’s initial tweet, including a link to a donation page. “Anyone that has to deal with this twerp definitely deserves it. I’ll start with a $50 donation.”

I have started a GoFundMe to send Tori on a vacation.

Anyone that has to deal with this twerp definitely deserves it. I'll start with a $50 donation.https://t.co/1ntqpiQngY https://t.co/X0bD1vZt5E

Carpe eventually tracked down Tori, whose name was now associated with the viral hashtag #TargetTori, and confirmed with Target and GoFundMe that she would be able to withdraw the funds raised in her name.

HUGE UPDATE:
I have made contact with #TargetTori, she has received authorization to release 2 photos to verify that we are in contact.

I need a representative from @gofundme to contact me to arrange the transfer of control of the account to Tori. pic.twitter.com/BW8byvUMcW

After exceeding an initial goal of $5,000, the donations soon jumped into the tens of thousands, and Tori now has more than $30 thousand at her disposal to go anywhere she likes.

Tori told NBC Boston she also “plans to donate some of the money to charities that support retail workers.”

Carpe Donktum, who heads MemeWorld.com, was the winner of Infowars’ NPC meme contest in 2018, and has had his work promoted on President Trump’s Twitter feed.

Carpe Donkttum joins The Alex Jones Show to bring some insight as to why the left keep project their issues on conservatives.