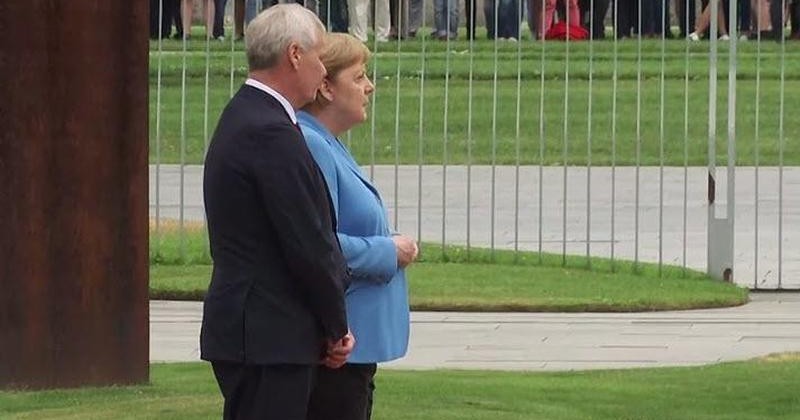 German Chancellor Angela Merkel was seen visibly shaking on camera for a third time but denied any health problems, telling reporters she was “feeling good”.

However, Merkel brushed off concerns about her health, telling the media, “I am feeling very good, and there is no reason for concern.”

This is now the third time in less than a month that Merkel has been seen visibly trembling on camera.

The first incident occurred in mid-June during her visit with Ukrainian President Volodymyr Zelensky.

After having blamed dehydration on that occasion, the German leader was then filmed shaking again during an indoor event in late June.