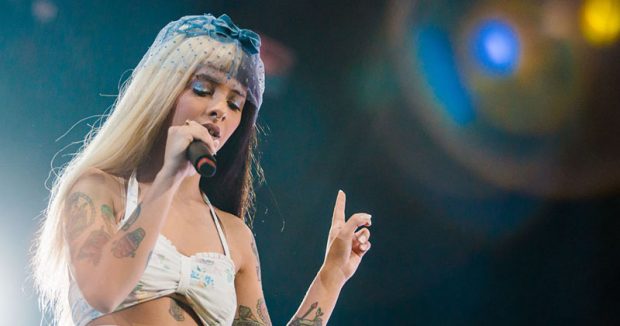 Singer Melanie Martinez has been accused of rape by a former colleague, suggesting that the #MeToo reckoning is also coming for female predators in the entertainment industry.

Musician Timothy Heller accused Martinez of rape in a tweet on Tuesday morning, which included a detailed story about how the abuse began at an unspecified date.

“When I wrote this story about my assault, I initially wasn’t going to make the abuser,” tweeted Heller. “But I think it’s important for you all to know this is about Melanie Martinez.”

When I wrote this story about my assault, I initially wasn’t going to make the abuser. But I think it’s important for you all to know this is about Melanie Martinez pic.twitter.com/4PQ5oNI2s9

Heller explains that Martinez had asked her about her sexual orientation during a sleepover, then pressured her into having sex, which Heller says she refused.

“She began asking me while in bed if I would have sex with her,” said Heller. “It went on for hours. Asking me WHY I didn’t want to, that it would be fun. I repeatedly said no.”

Heller says this continued the following night and moved from requests for sex to unwanted touching to rape.

“Regardless of my response the first night, she was not giving up. She began bartering with me. This led to her touching the rest of me. I never said yes. I said no repeatedly. But she used her power over me, and broke me down.

“Just so there is no confusion, I was molested by my best friend.”

Heller says the friendship later ended because Martinez “didn’t have time for me anymore,” and decided to share her story because of the #MeToo movement sweeping the entertainment industry and Washington DC.

Martinez, who rose to prominence after competing on ‘The Voice’ TV show, responded to the allegations on Twitter Tuesday evening.

Feminists and cultural Marxists have used the empowering #MeToo movement to paint all men as sexual predators to resurrect their dying ideology, but as this story highlights, predators come in many forms.