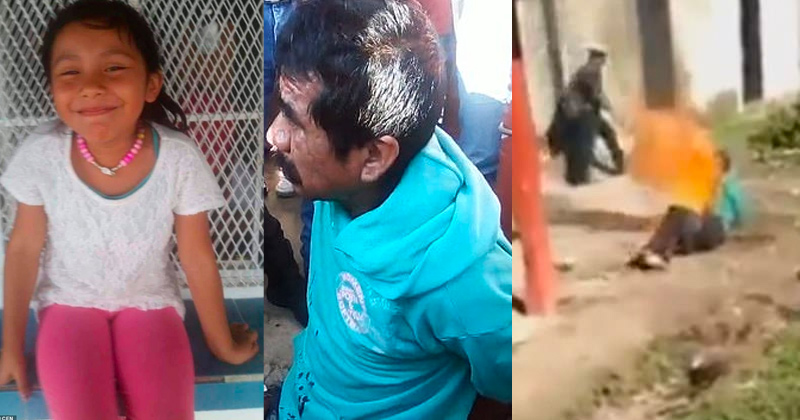 A Mexican man who was arrested for raping and murdering a small child was killed by an angry lynch mob who burned him alive after wresting him from police custody.

The man, 37-year-old Alfredo Roblero, was arrested last Friday after being accused of raping and decapitating a 6-year-old girl named “Jarid N.” who went missing in the Mexican city of Cacahoatan on January 9.

Faja de Oro (“Belt of Gold”) villagers in the Mexican state of Chiapas converged on a Tapachulas police vehicle carrying Roblero before dragging him out of the vehicle.

Footage shows Roblero tied to a red pole surrounded by angry residents, as one of the girl’s relatives can be heard pleading with villagers to allow police to take him away.

Another video shows him dragged from the pole onto a grass clearing where people take turns beating him, before he was allegedly doused with gasoline and set afire.

One account from AFP claims, “police tried to intervene but were overpowered by the mob,” while a report from MexicoNewsDaily.com claims, “The Tapachula police officers reportedly did nothing to stop the crowd from killing Roblero.”

Following the incident, the Chiapas Attorney General announced an investigation and said they would “not allow the public to carry out justice by its own hand.”

The AFP reports, “Lynchings are frequent in Mexico, where an estimated 98 per cent of violent crimes are never punished.”