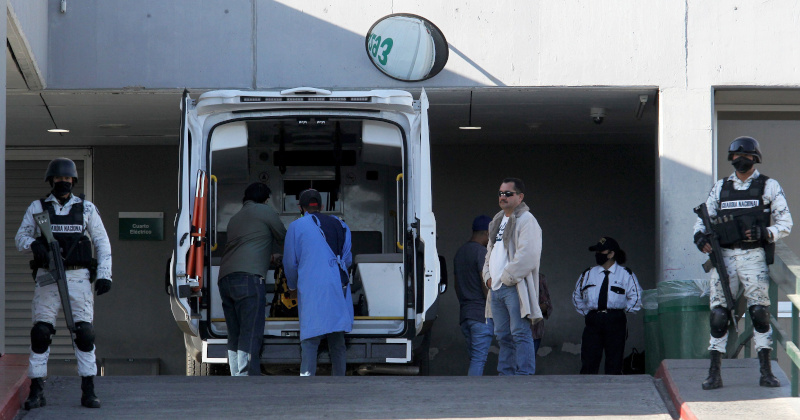 As the coronavirus outbreak gains traction across Latin America, horrifying stories – like the explosion of deaths across Ecuador that has left bodies piling up in the streets – are bound to become increasingly common.

Brazil and Peru are grappling with the two largest outbreaks in Latin America, but Mexico is increasingly finding that the virus is more widespread in Mexican society than AMLO – who dismissed the threat from the virus in even more strident tones than Trump – and the government had expected.

Mexico has confirmed 8,261 cases and 686 deaths, according to Johns Hopkins.

Unlike in the US, most Mexicans receive their health care via the government.

However, a streak of under-investment in recent years has left Mexico’s public-health care system in a much more fragile state than the systems of other ‘hot spots’ like in Italy and Spain, which also have mostly government-funded health care.

Since Mexico doesn’t have nearly as much funding, or as many doctors and nurses per capita as countries like the US and the rest of the developed world, outbreaks at hospitals have raised particular alarm.

Last night, the Washington Post published a story about outbreaks at several government-run hospitals that have left several doctors and nurses dead from COVID-19.

Many of these hospitals didn’t implement strict protocols needed to handle these patients without allowing the virus to spread.

One reason they felt inclined not to exercise precaution was the messaging coming from the Mexican government, and its left-wing populist leader, AMLO.

The coronavirus outbreak in Mexico’s steel capital started at the very place that was supposed to help stop it.

Social Security Hospital No. 7, a towering 240-bed facility, is the main public medical center in the northern city of Monclova. But when a 42-year-old truck driver arrived with pneumonia-like symptoms last month, the hospital didn’t isolate him. Within two weeks, he was dead of covid-19.

Soon, a doctor and an administrator had also perished. Ultimately, 41 employees of the hospital wound up testing positive for the virus.

It was the first in a series of outbreaks at hospitals that have rattled Mexicans and raised questions about the Social Security Institute, the country’s biggest public health network. Nurses and doctors have held protests around the country. The governor of Baja California, Jaime Bonilla, lashed out at federal authorities for the lack of protective gear in his border state, saying doctors were “dropping like flies.”

Separately, local press has reported that hospitals in Mexico City – the largest, and most densely-populated metropolis in North America – are “nearing saturation point” according to a BBG summary of their reporting.

Per BBG, hospitals in Mexico City have also started “turning away” some patients, just like certain hospitals in Tokyo.

Of the city’s 16 municipalities, the most affected is Iztapalapa. The General Hospital there is at capacity and is turning away patients, Sheinbaum said. As more people are redirected to the two other hospitals in the same neighborhood, they’re also now full. The city, which is home to 8.8 million people, had 2,299 cases as of yesterday and 178 deaths. The country reported 650 deaths and 7,497 confirmed cases.

Fortunately, President Trump has promised to send Mexico 1,000 ventilators by the end of the month, which is critical as the number of patients requiring intubation soars.

Mexico’s ratio of deaths to confirmed cases is the highest in Latin America, an obvious sign that the outbreak is very likely far more widespread than official numbers reflect.

Watch highlights from the ‘You Can’t Close America Down’ rally in Austin, Texas.