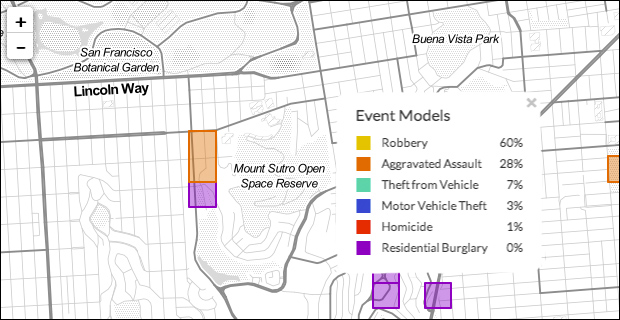 The Miami Police Department is preparing to launch a new federally-funded software program aimed at stopping crime even before it occurs.

Purchased with the help of a $600,000 grant from the Bureau of Justice Assistance, the “Hunchlab” predictive policing system will reportedly allow officers to “best forecast when and where crimes are likely to emerge.”

Utilizing years worth of local crime data, the program will use mathematical algorithms to create maps of areas likely to produce the most crime.

Before its official launch, the city commission plans to award the Florida International University with a $120,000 contract in order to thoroughly test the program’s accuracy.

“It goes beyond just looking at crime data,” MacDonald added.

Police claim the software will be specifically used to focus in on crimes such as robbery, home burglary and auto theft, all major issues in the Miami-area.

Debate over such pre-crime programs has intensified in recent years as more and more departments acquire the technology. According to Lt. LeAnne Browning of the Los Angeles Police Department, a similar program known as PredPol has produced positive results.

“We all thought it was somewhat hocus pocus and Minority Report,” Browning said. “We could see if PredPol was predicting fairly well. It’s kind of scary, because they were.”

While some departments have discontinued the use of predictive-policing due to flawed results, civil liberties advocates point to more troublesome issues.

“How do you cross-examine a computer?” Andrew Guthrie Ferguson, a law professor at the University of the District of Columbia, asked. “To stop you and frisk you and search you, a police officer needs reasonable suspicion, so my question is how will this affect reasonable suspicion?”

PredPol representatives claim their program is not designed to target specific individuals.

“Since PredPol does not collect, upload, analyze or in any way involve any info about individuals or populations and their characteristics, it does not pose any profiling or personal privacy concerns,” Marketing Manager Ben Hoehn wrote.