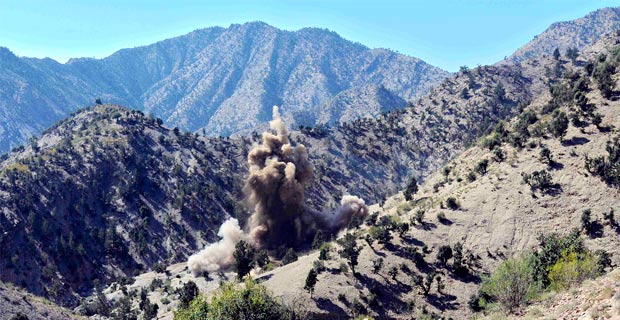 This is the first article in a multi-part series by Infowars reporter Joe Biggs on his experiences with the late journalist Michael Hastings, who was killed in a car explosion one year ago in Los Angeles, California after making numerous enemies for his unparalleled – and real – approach to journalism.

I met Michael Hastings back in 2008 while I was deployed in Afghanistan with the 82nd Airborne out of Fort Bragg.

We were in a little “District Center” that held about 30 soldiers and would patrol an area 10 times the size of Manhattan. We lived in a busted-up, beige color building, with an entrance to the roof which had a guard tower that was covered by tattered sandbags.

It smelled like death and looked like a place the “Garbage Pail Kids” would live. The hallway at the entrance of our little compound was draped in flak vests, Kevlar helmets and a little cubbie that holds all our combat gear needed for missions. We had a little kitchen and two rooms stacked to the max with bunk beds. It was in the Khowst Province on the eastern side of Afghanistan on the border of Pakistan.

We were on the half-way mark of our deployment when we got a call about a reporter and photographer who would do an embed with us for a short time from GQ Magazine. Little did I know that the reporter, Michael Hastings, would change my life forever.

At this point in our deployment, numerous journalists had stayed with us, but none like Michael. He came with the famous photographer Lucian Read who is now a documentary filmmaker and another person I would keep in touch with over the years as well. You might remember him from the Haditha Murders in Iraq, as he was with the Marines on that mission taking photos.

Like most journalists who embed our initial feeling was, “Oh great, another ****ing reporter. How many times do we have to baby sit these hippie, civilian ***holes.”

But Mike was all about business right from the start. He asked our commander, Captain Zaruba, what our mission was and what kind of resistance we were encountering from the Taliban. Mike had shaggy, dark hair under his black Kevlar helmet, and he wore a black vest with PRESS written across the chest. He always had his head tilted to one side with a little smirk on his face.

After Mike and Capt. Zaruba spoke, I introduced myself to Michael and it seemed like an automatic click. We were a lot alike and he was someone you felt like you could trust because he held you to a higher standard of life which I liked a lot. He was someone who kept you honest and if you got out of line he would call you out on it, a good, but rare, trait nowadays.

Michael wasn’t like other journalists. He was fearless, intelligent and motivated beyond belief. I remember we were at a place called Border Support Point 7, or BSP 7 for short, which was at the top of a big mountain that faced Pakistan. It had a long, narrow and winding road leading up to it that was riddled with holes from IED (Improvised Explosive Device) explosions over the years.

The road was just barely wide enough for our Mine-Resistant Ambush Protected Vehicles to traverse. Pebbles and slabs of earth would slide away from under the tires as we hugged the side of the hill on the way up. I hated it.

We got to the top and began digging in. One team was getting our defenses set up by filing sandbags and Hesco barriers while the others unloaded tow missiles, AT4s, 50 Cals, Mark 19s and 240 Bravos. Each soldier had an M4 on their back.

BSP7 was a spot where we got a lot of action at and that’s one reason why we wanted to bring Hastings along. We figured that there’s not much sense in them traveling all this way without some actual war footage. We got in our positions and waited on the Taliban to see and engage us. Mike would just sit back and watch as the men and I would BS and run our mouths.

He would join in on the storytelling and we would all laugh. For a moment you would lose yourself and forget what hell you were in. It was nice having someone there who wasn’t a soldier to talk to, especially someone with an unbiased opinion on what was going on in the war.

I broke away from the laughter and took my very large American flag and attached it to the long green tent polls as high up as I could, as I always do. Everyone stopped and Mike looked over as the flag flew high and whipped about in the air. It was glorious. We took some Iwa Jima Style photos real quick and returned to business.

Mike sat right there beside me as I held my rifle high and let out a scream in hopes of antagonizing the enemy, but nothing happened and the hours drifted into night. Once it was dark we began shooting off flares and M203 Parachute rounds at the Taliban side of the mountain in hopes of getting them to shoot back. Once again our attempts failed and night turned back to dawn and a fog set in at the bottom of the valley.

The sun crept up from its bed and into the morning sky. We all looked at each other in disappointment and began to take down camp. I climbed into the back of the Hemmit (Heavy Expanded Mobility Tactical) truck and soldiers began handing me ammunition and weapons.

Then BAM!, an airburst went off over my head. I dropped to the ground to check if I was still intact. Loud roars of machine gun fire went off. I jumped from the truck and ran to the wall to see where this was coming from, and right behind me was Mike with his little camera in hand.

I quickly got my bearings and began to head up the path to the northern side of the mountain where most of the Taliban fire was coming from. Mike was crouched down behind the Hesco barrier looking up at me through his camera while I shot 203 Grenades at the terrorist bastards who dare challenged me and my men. 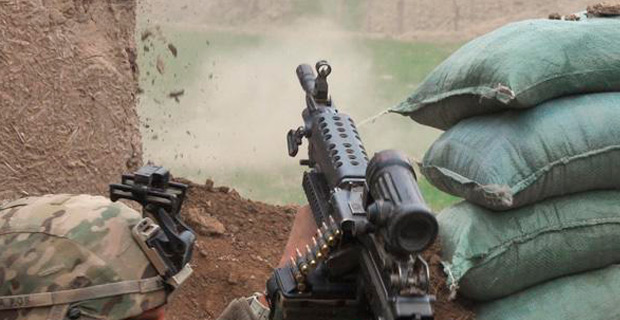 For five minutes all you could hear were bullets whizzing by, explosions from grenades and war cries up and down the hilltop from Afghan and American soldiers. The fire fight was brief and no one was hurt.

As I looked down Mike was looking up at me with an intensity in his eyes and a smile on his face. I knew this man wasn’t like the others. He was born for this kind of action like me.

The deployment came to an end in the next month and so did Michael and Lucian’s time with us. My unit actually left out of Afghanistan before Mike did. He went around to a few other places in Afghanistan for stories as we headed back to our families. I spoke to Mike once I got home and he said he was being re-routed to France due to the volcano that went off in Iceland. No one was able to fly back from Europe to the USA so he went on to another new story.

Mike released the article about his time with us, entitled “Obama’s War,” in the April 2009 issue of GQ. He also filmed an episode of Dan Rather Reports named The Commander.

Michael Hastings was an awesome guy who really cared about his work and Lucian Read is very kind and warm person who cares deeply about what he does and those around him. 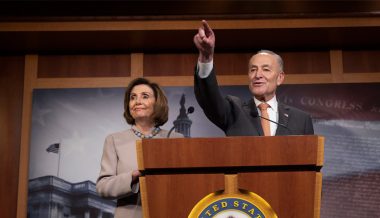