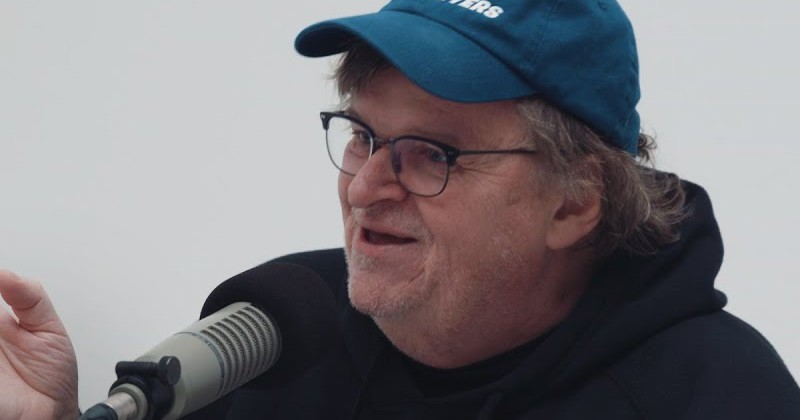 Film maker Michael Moore told Rolling Stone “white people are not good people” and that “you should be afraid of white people.”

During an interview on the ‘Useful Idiot’ podcast, Moore said that people should cross the street if they see three white men approaching them because at least two voted for Trump.

“Two-thirds of all white guys voted for Trump. That means anytime you see three white guys walking at you, down the street toward you, two of them voted for Trump. You need to move over to the other sidewalk because these are not good people that are walking toward you. You should be afraid of them,” Moore warned.

Perhaps Moore might want to check FBI homicide statistics and then revisit his statement.

This is by no means the first time that the rotund film maker has collectively demonized an entire group of people based on their skin color.

Last year, he called on “angry white American guys” to “give it up” because they are demographically doomed.

Back in January 2018, he asserted that America needed to be “cleansed” of its white privilege.

He also previously celebrated the fact that that white men are “dying out” because America “will be a better country.”

Remember back in the 90’s, when Moore used to stick up for the interests of white working class people?

Now he’s part of the Democratic elite, he denigrates and insults them every chance he gets.

What a racist piece of shit.