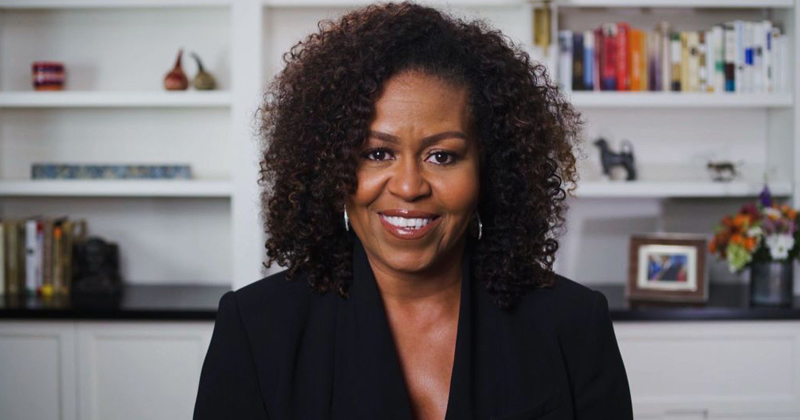 Former First Lady Michelle Obama admitted during her new podcast that quarantine life, the coronavirus pandemic, and Trump administration “hypocrisy” are all contributing to a decline of her mental health.

“I’m waking up in the middle of the night, cause I’m worrying about something, or there’s a heaviness,” Obama said during her show’s initial broadcast Wednesday.

“I try to make sure I get a workout in, although there have been periods throughout this quarantine, where I just have felt too low. You know, I’ve gone through those emotional highs and lows that I think everybody feels, where you just don’t feel yourself, and sometimes there’s been a week or so where I had to surrender to that, and not be so hard on myself. And say, you know what, you’re just not feeling that treadmill right now.”

Obama continued, claiming she’s experiencing depression partly because of coronavirus, but also because of the Trump administration’s “hypocrisy,” which she called “dispiriting.”

“It is unusual, and it is, you know, it’s a direct result of just being out of, out of body, out of mind,” she said. “And spiritually, these are not, they are not fulfilling times, spiritually. You know, um, so I, I know that I am dealing with some form of low-grade depression. Not just because of the quarantine, but because of the racial strife, and just seeing this administration, watching the hypocrisy of it, day in and day out, is dispiriting.”

Another thing that could be contributing to her depression: President Trump constantly calling out her husband’s crimes and failed coup attempts.

BIG NEWS! The Political Crime of the Century is unfolding. ObamaBiden illegally spied on the Trump Campaign, both before and after the election. Treason! https://t.co/6XF1pIWMNO

Sally Yates has zero credibility. She was a part of the greatest political crime of the Century, and ObamaBiden knew EVERYTHING! Sally Yates leaked the General Flynn conversation? Ask her under oath. Republicans should start playing the Democrats game!

Owen is joined by Ivan Raiklin who breaks down the importance of General Micheal Flynn and why Judge Sullivan is buying time on his case.