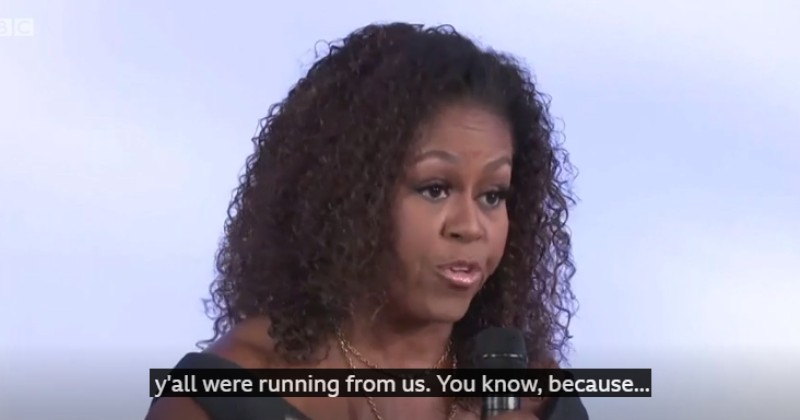 Michelle Obama claims that white people are “still running” from black people and immigrants by moving out of diverse neighborhoods.

Obama made the comments during her appearance at the annual Obama Foundation summit.

“And you’re still running – because we’re no different than the immigrant families that are moving in,” she added.

Obama then went on to make a bizarre supremacist-style comment suggesting that black people were “better” than white people.

“We are just as and often times better than many of the people who doubt us,” she said.

The former First Lady’s comments are somewhat hypocritical given that the Obamas don’t appear to enjoy living around black people themselves.

In 2017, they purchased their DC home for $8.1 million. It is located in Kalorama, an exclusive and wealthy enclave where 83% of the population is white and just 3.8% are African-American.