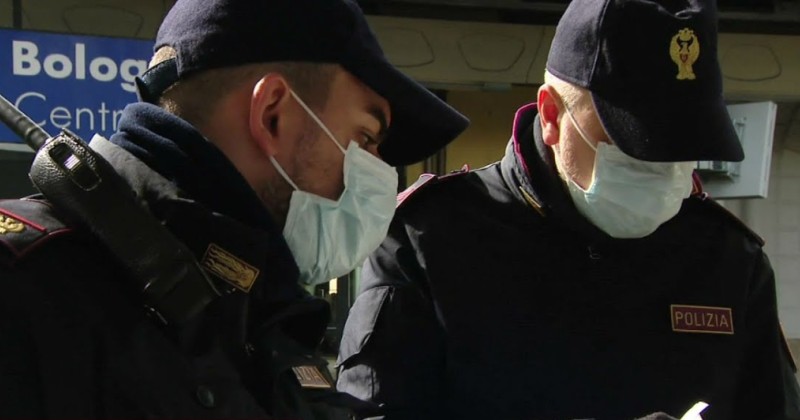 The use of migrant labor, some of it illegal, in both Iran and Italy, played a major role in the spread of coronavirus, emphasizing once again how open borders were a vector for the disease.

The Wall Street Journal reported how Iranian officials traced “the origins of the country’s coronavirus epidemic” in the holy city of Qom to “a number of Chinese-backed infrastructure projects built by scores of workers and technicians from China.”

According to the piece, the migrant labor “helped keep Iran’s economy alive in the face of American sanctions,” but also served as the source for the spread of a virus that has gone on to infect over 18,000 people in Iran, killing nearly 1300.

Illegal immigrants in Italy are also thought to have played a major role in the spread of COVID-19.

As Ann Coulter points out in her latest article, the New York Times buried the fact that coronavirus was brought to Italy by “two Chinese tourists visiting Rome.”

But Milan was hit even harder than Rome in terms of COVID-19 infections, leading many to point the finger at Chinese immigrants working in the north of the country.

“Many Italians in Northern Italy have sold their leather goods and textiles companies to China,” writes David Vance. “Italy then allowed 100,000 Chinese workers from Wuhan and Wenzhou to move to Italy to work in these factories, with direct flights between Wuhan and Northern Italy. This continued post outbreak, so is it mere coincidence that Northern Italy is now Europe’s hotspot for Corona Virus?”

As the video report below highlights, many of these Chinese migrants working in clothing factories had entered the country illegally.

Back in 2016, Reuters reported on Chinese migrants staging a riot near Florence that required police intervention.

The article described the town of Prato as “Italy’s textile capital, that has attracted Chinese immigrants since the mid-1990s. Some 50,000 Chinese work in the area, making clothes and handbags with the prized “Made in Italy” label.”

Meanwhile, the media is still upset at President Trump for calling it the ‘China virus’ despite the fact that it started in China, was China’s fault, and was spread around the rest of the world by Chinese migrants and tourists.