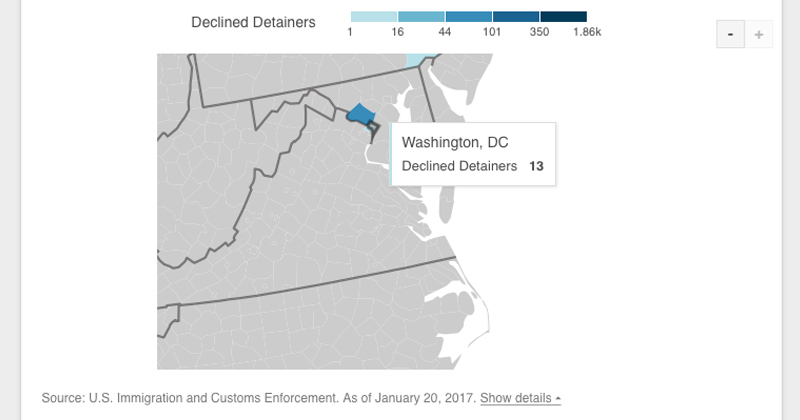 While announcing the arrest of a homeless migrant who police say tortured and killed a social justice warrior in D.C., city officials said they will still offer sanctuary to illegal aliens.

“It’s a long-standing policy of the Metropolitan Police Department not to enforce civil immigration law,” said acting Metropolitan Police Chief Peter Newsham. “We believe that the enforcement of civil immigration laws creates a divide between us and the community we serve and at the end of the day we believe that will make our community less safe.”

“As the Chief of Police, I don’t think I should be involved in any behavior that makes our city less safe.”

He refused to comment on Toure’s immigration status, but one journalist pointed out his surname is common in Senegal – and Mehiel was likely randomly targeted for her banking information.

Mayor Muriel Bowser said enforcing immigration laws is the responsibility of Immigration and Customs Enforcement, but she also said DC was a “sanctuary city” and officials are known to deny ICE detainer requests.

“We celebrate our diversity and respect all DC residents no matter their immigration status,” Bowser said in a Nov. 14 statement. “We are a sanctuary city because we know that our neighborhoods are safer and stronger when no one is afraid to call on our government for help, and when our police can focus on protecting and serving.”