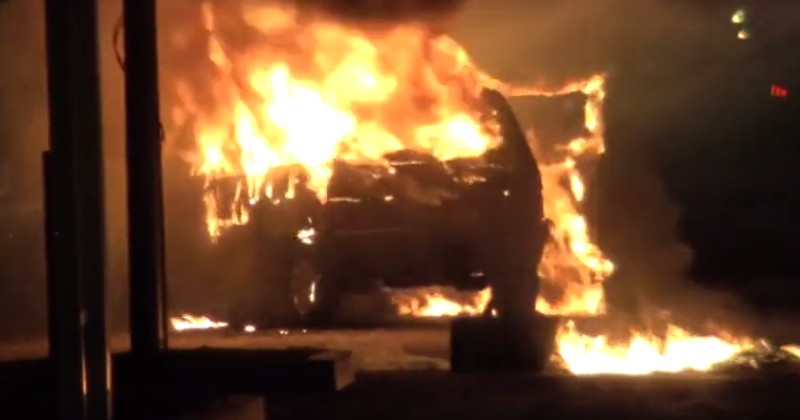 Migrant youths rioted in Paris yet again last night, attacking police with fireworks in response to the death of of a teen motorcyclist.

The disorder began after the death of 18-year-old Sabri Choubi, who was killed after ramming into a pole while not wearing a helmet on the northern outskirts of Paris on Saturday evening.

However, migrants in the Paris suburb of Argenteuil blamed police for the teen’s death and for the past two nights have been bombarding riot cops with fireworks and other missiles.

Police responded by firing tear gas at gangs who had gathered near public housing estates before arresting six people.

Police claimed migrants were merely using Choubi’s death as an excuse to violate the country’s lockdown order and express their frustrations.

As we previously reported, areas of Paris and other departments throughout the country were hit by four nights of consecutive rioting last month following a similar incident where migrants blamed police for the accidental death of a motorcyclist.

The media described the unrest as “anti-lockdown riots,” but this disguised the true nature of what happened and the fact that migrant riots have now become commonplace in Paris and other major French cities due to unfettered mass migration and a total lack of integration.