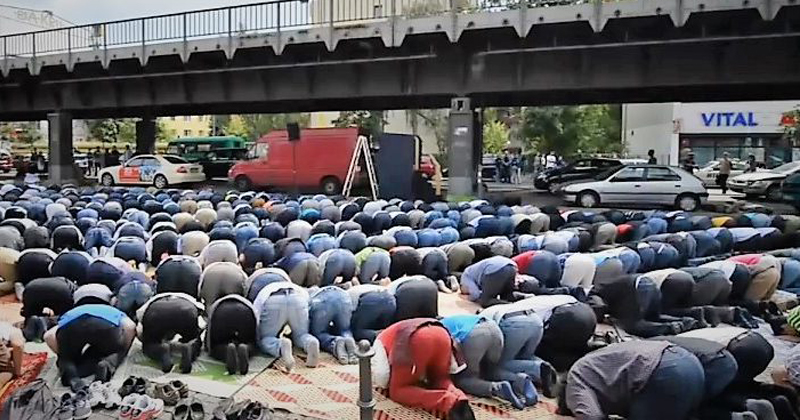 “Isolated” cases of abuse and discord by migrants in Berlin are becoming all too familiar to Germans, with one school official even admitting “we are heading toward the Middle Ages.”

For example, German media is now forced to report on the fact that young women are called obscene names by foreign nationals for not wearing a headscarf or daring to wear a bikini.

Furthermore, a 60-year-old woman was solicited for sex by a young Arab while she was walking with her husband in a park.

“I no longer feel well and safe in this city. Something is out of joint here,” says a longterm resident.

Intense anxiety is now an everyday part of life due to the influx of Islamic migrants.

Volunteers have worked on integrating the new arrivals into German companies; however, there’s still an enormous amount of young men who won’t work.

Of course, German establishment media has been caught trying to bury the crimes of these “bored” migrants.

In 2015, Infowars exposed German media outlets covering up rapes committed by Muslim migrants over fears of offending their new neighbors.

More recently, a tweet from an anti-immigration political party was blocked for slamming German police tweeting in Arabic.

Meanwhile, Italy is waging this clash of civilizations in the voting booth.

Time will tell if Germany can address this crisis similarly.