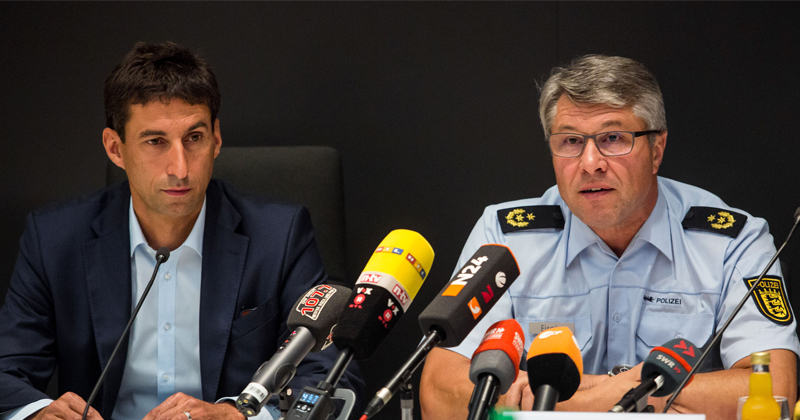 Migrants in Germany poured into a carnival and started raping young women and attacking police.

The so-called “asylum seekers” invaded the Volksfest in Baden-Wuerttemberg over the weekend, committing three sexual assaults on Friday alone and more throughout the festivities.

One of the victims was a 17-year-old girl who was held down by three Afghan migrants, according to police.

The police also believe there’s more rape victims who have not yet reported the crimes.

“We hope that further possible victims or witnesses report to us,” said a police official in nearby Aalen.

Additionally, around 1,000 youths gathered at Schorndorf Castle near the festival grounds and chunked bottles at visitors and police.

The situation so bad that German police were forced to admit the suspects arrested included Muslim migrants, a fact they normally try to conceal from the public.

“The violence towards the police was frightening,” an official stated, adding that it was unheard of until now.

The mayor of Schorndorf, Matthias Klopfer, had some usually strong words to say about the violence, given that German politicians typically preach “tolerance” in response to migrant rape.

“It is crystal clear: We don’t tolerate such excesses, we don’t give room for lawlessness, and we have zero tolerance for violence, sexual assaults and attacks against the police,” he said.

But it remains to be seen what will happen to the migrants who were arrested.

As I previously reported, Germany is on track to legalize rape due to the lack of prosecution against migrant rapists.

“After importing real rape culture into their societies, the people of Germany are rarely successful at reporting cases against Muslim miscreants, and even more rarely at winning them,” remarked Damian Black of Return of Kings. “Police would rather cover up these crimes, including rapes of their own women, than risk their careers and income, for fear of being branded an Islamophobe in a multicultural society.”

“One national study showed that less than ten percent of men that are accused of rape are convicted.”