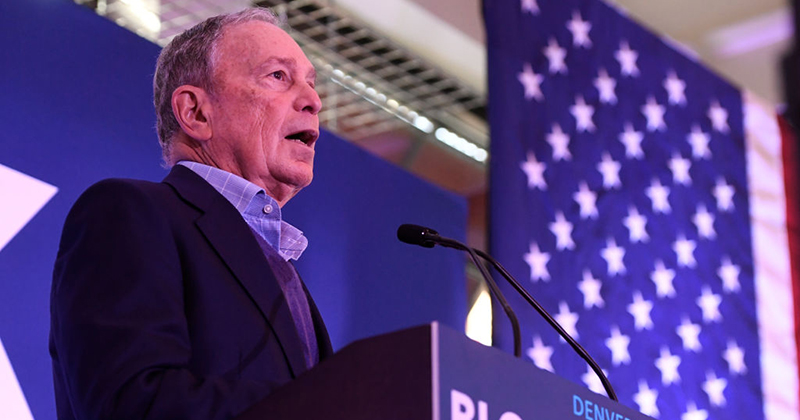 Michael Bloomberg is making a pitch for Latino votes with an offer of $15 per hour wages — but also a flood of new Latino migrants eager to compete for jobs, apartments, and K-12 desks in Latino communities.

“I believe we can once again be a country that welcomes immigrants, values immigrants, respects immigrants, and empowers them to pursue the American Dream,” Bloomberg said in a January 30 tweet.

I believe we can once again be a country that welcomes immigrants, values immigrants, respects immigrants, and empowers them to pursue the American Dream. https://t.co/q14X4YlFGP pic.twitter.com/mX08mXxpAh

In contrast, President Donald Trump promised a low-immigration, “Hire American” policy on Inauguration Day, helping salaries rise for millions of blue-collar Americans, including Latinos. Unemployment rates for Latinos are now at a record low, and wages are at a record high. Half of the 21.5 million working Latinos earn above $712 a week, according to the Bureau of Labor Statistics. The median wage for Latinos is almost $18 per hour.