In what can only be described as pure doublethink, as conceived by George Orwell, Planned Parenthood is claiming that it works to PREVENT abortions, rather than carry them out.

In response to moves by Republicans in Congress to defund the organisation, which receives over half a billion dollars per year in taxpayer funds, Planned Parenthood tweeted the following:

Republicans, indignant about abortion, are trying to destroy a gov program that helps prevent 345k abortions a year. http://t.co/cwl4DBQYhz

An organization claims it is preventing abortion while executing almost 400 thousand abortions in 2013. https://t.co/XMuGlwBFoc

The tweet links to a New York Times report (The Times has been running Planned Parenthood spin constantly in the wake of the harvesting scandal) which claims that the $500 million Planned Parenthood receives goes purely toward birth control and women’s health, so will really LOWER the abortion rate.

The Guttmacher Institute, which studies reproductive health, calculates that Title X family planning centers prevent about one million unintended pregnancies a year, of which 345,000 would have ended in abortion. It says that every year Title X clinics avert some 53,000 cases of chlamydia and 8,800 cases of gonorrhea, and save the lives of 1,100 women who would otherwise die of cervical cancer.

Of course, the claims of Planned Parenthood that suddenly an extra 345 THOUSAND abortions would happen every year if it were defunded are laughable.

As the Senate debates ending all taxpayer funds to Planned Parenthood, legislation, sponsored by freshman Senator Joni Ernst, would stop the funding to PP, and instead divert it to women’s health providers that do not perform abortions as standard.

Please sign the petition to stand up to @PPFA & support my legislation that will protect the most vulnerable. https://t.co/6M50dLYZTA

Indeed, there are over 9,000 federally funded community health centers throughout the country, which equates to more than 10 times the number of Planned Parenthood locations.

“If Planned Parenthood were gone tomorrow, the nation’s 2,500 pregnancy help centers, medical clinics, maternity homes and non-profit adoption agencies would continue to offer true choice, true empowerment to every mother who is facing an unexpected pregnancy.”

Grace Marie-Turner, president of the Galen Institute, a nonprofit that focuses on health care policy, also notes that without Planned Parenthood, “women would still have ample access to services” such as breast and cervical cancer screenings, birth control, STI testing and treatment and well-woman exams

“The infrastructure already is in place to provide services to women through more than 9,200 community health centers around the country. Planned Parenthood could be defunded right away, and women would still have access to services, and in a way that would allow them to have more continuity of care.”

Senator Rand Paul, one of the leaders of the movement to defund PP, appeared on CNN this past weekend, labelling the organisation as “a front for doing abortions”.

Paul said that funding should go to the community health centers “that do everything that Planned Parenthood does, but they don’t get into abortions.”

“I do support a role for government in community health centers.” Paul noted, adding that “The specific bill, including it in Obamacare, obviously, would make it such that I can’t support that particular bill,” he said. “But supporting some funding for community health centers, I think, is reasonable. And there are people who do need help.”

The measure to defund PP is not expected to pass given that Republicans will need support from several Democrats to reach the 60-vote threshold.

According to its annual report, Planned Parenthood performed 327,653 abortions in 2013, up from its 327,166 performed in 2012. The pro-life Susan B. Anthony List states that, over the past three years, the abortion giant has performed nearly one million abortions. 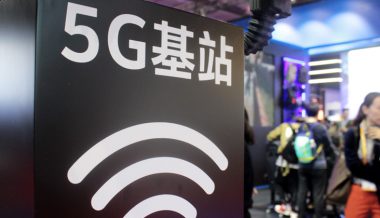 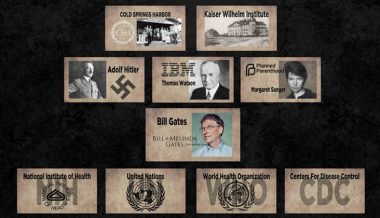