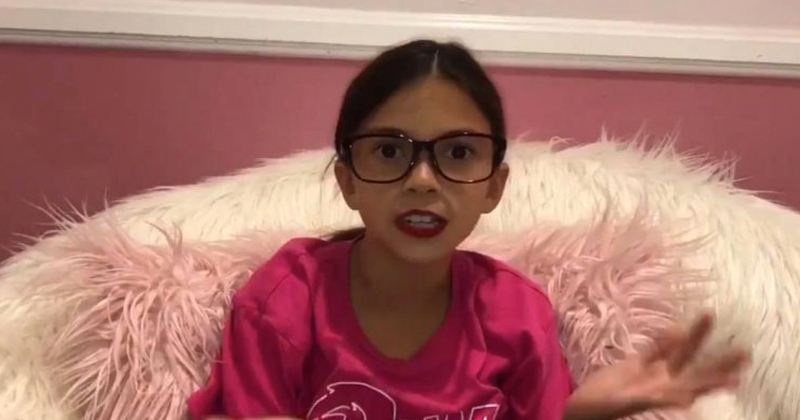 Don’t call it a comeback!

The charming political commentator known as “Mini AOC” has re-emerged after taking a cue from 16-year-old climate activist Greta Thunberg, who has been on a worldwide tour lecturing people about “manmade global warming.”

In a video released Wednesday, nine-year-old Ava Martinez returns as her alter-ego with some edgy commentary that would make Congresswoman Alexandria Ocasio-Cortez proud.

The sky is falling! The sky is falling…in 12 years! Looks like politics are no longer off limits for children thanks to Greta. Wish someone would’ve made that clear a few months back. Comedy is much better than scare tactics and fear-mongering anyway. #MALA #AOC #GretaThunberg pic.twitter.com/exzddXXOp5

“Let me tell you about the most amazing science book I just finished reading on climate change. It’s called, ‘Chicken Little,'” she says, going on to describe a scenario where the earth’s sea levels are rising due to the sky falling.

Mini AOC also discusses her “former classmate Greta,” who was retrieved from class one day by a mysterious, wealthy financier.

“One day this man named George Soros came by and took Greta out of class. And I haven’t seen her since.”

Pointing out how Greta is now supported by the liberals who went after her, Mini AOC says she thinks the left is now OK with children being used to further a political agenda.

“Isn’t it strange that the same liberals that ran me off the internet are defending Greta because she’s a kid? So it makes it safe for me to come back. Maybe they’ve changed.'”

Mini AOC left the social media scene in July shortly after she received death threats for mocking a photo-op staged by Alexandria Ocasio-Cortez outside of a vacant parking lot near a migrant detention camp.

BREAKING: @MiniAOCofficial has deleted her account after her family was doxxed and received death threats pic.twitter.com/fz4TzYD13Y

For those who didn't have time to make copies of the Mini AOC pics before the left chased them off the twitter with death threats and harassment. pic.twitter.com/TRpksB9WUo