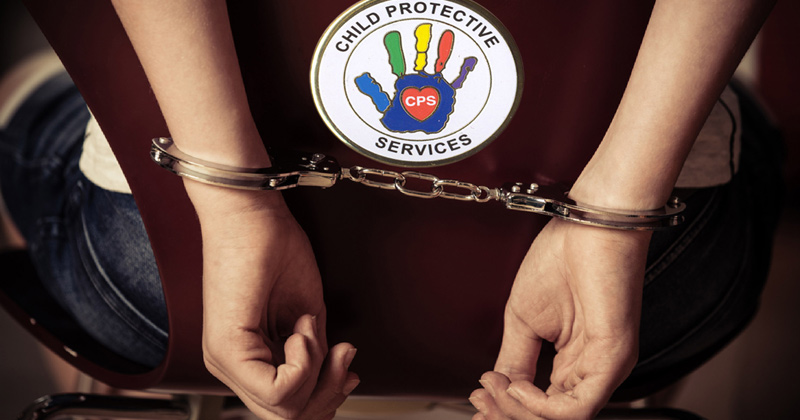 Plaintiffs in the historic lawsuit are suing “for civil rights violations and to stop child protection services from serial abuse of families.”

The group, comprised of over 9,500 parents, claims, “Minnesota’s child protection laws are unconstitutionally vague and overbroad, triggering unnecessary investigations and putting children at risk for being removed from their homes unnecessarily based on mere allegations and social worker discretion.”

The suit is historic because it’s the first in U.S. history to challenge the statutory definition of a Child in Need of Protection or Services (CHIPS).

SCPSLKC founder Dwight Mitchell selected one group member to focus their efforts on, provided free legal aid services to them and won their inaugural case against Minnesota Child Protection Services on September 11, 2018.

After CPS unnecessarily removed Amanda Webber’s son from her home when he was only 10-months old and held him in foster care for four months, a judge ruled “disinformation” was used against Webber.

“The lawsuit details how Minnesota’s child protection standards illegally put children in the category of ‘child in need of protection or services’ and place them in foster homes,” according to a press release.

“It’s not just fathers like Dwight Mitchell who are being railroaded. Minnesota is also using its unconstitutionally low standards to seize all children, both black and white, from their single mothers,” Kaardal continued.  “Therefore, the plaintiffs have sued in federal court to stop child protection services from continuing its serial abuse of Minnesota’s families. It is clear that Minnesota’s child protection services is currently broken and can’t be fixed with the current unconstitutional statutes in place.”

Since the United States District Court already ruled the group had no legal standing to challenge the state’s child protection laws, Kaardal will be presenting arguments at the U.S. Court of Appeals on Wednesday, March 11.

Kaardal is set to make the following arguments:

1) “Stop CPS From Legally Kidnapping Children” is a legitimate association with standing to bring federal lawsuits on behalf of its members just like the NAACP and ACLU.

2) Per the Eighth Circuit decision of August 10, 2018, it is well-established law that it is unconstitutional to seize a child without reasonable suspicion of child abuse. (See Stanley v. Finnegan, Court of Appeals http://media.ca8.uscourts.gov/opndir/18/08/172702P.pdf)

3) Minnesota’s child protection statutes have constitutional deficits in that they do not require the government to show parental harm to the child prior to seizing the child. (See Alsager v. District Court of Polk County https://scholar.google.com/scholar_case?case=10585920528981202132&q)

4) Minnesota’s child protection statutes fail to follow the national trend of excluding “ordinary corporal punishment” from the definition of child abuse. This issue has not been addressed by federal courts, but should be. (See Com. v. Dorvil, 472 Mass. http://masscases.com/cases/sjc/472/472mass1.html)

5) Minnesota’s child protection workers do not have immunity when they seize a child without evidence of child abuse.

Read the full press release below: