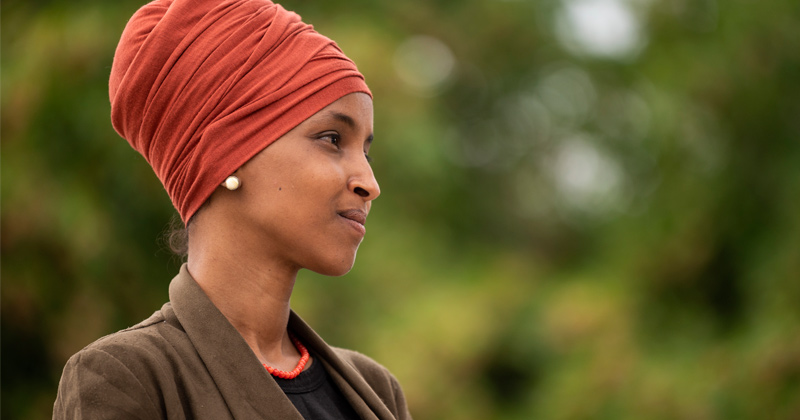 The Star Tribune said Omar’s numerous scandals have been a distraction and that she has failed to “unite” her district because she wants to “lead a movement” instead.

“Omar’s 2018 victory launched her into the national spotlight as the first Muslim woman and first refugee elected to Congress. But her time has been marred by missteps, including remarks on Israel widely regarded as anti-Semitic, an outsized number of missed votes, and campaign-finance issues,” the paper stated, adding that “Omar has sent more than $1.6 million to her husband’s D.C. political consulting firm, E Street Group, and is herself the target of a Federal Election Commission complaint regarding travel expenses.”

“…Omar took little responsibility for her rocky start, instead largely blaming her critics and saying her failing was perhaps in not realizing what a ‘special unicorn’ she would be in Congress.”

Overall, the Star Tribune is endorsing Omar’s opponent, Antone Melton-Meaux, because the paper believes Omar is too radical, which highlights how shadowy outsiders are bankrolling far-left candidates to lead a top-down “movement” across the country who are too radical for even their Democratic constituents.

In fact, the Democratic Party is fracturing into several different, non-compatible wings, much like the late 60s – or even the Republican Party more recently.

“The only thing the Democrats are united on is their hatred for Trump,” quipped Tom Luongo of the Strategic Culture Foundation. “But that hatred cannot be an animating principle to base an election strategy on, though, to this point, they certainly have tried.”

“Internally, there has been a three-sided war on for control of the party’s future,” he continued, stating that the divisions are among generational lines.