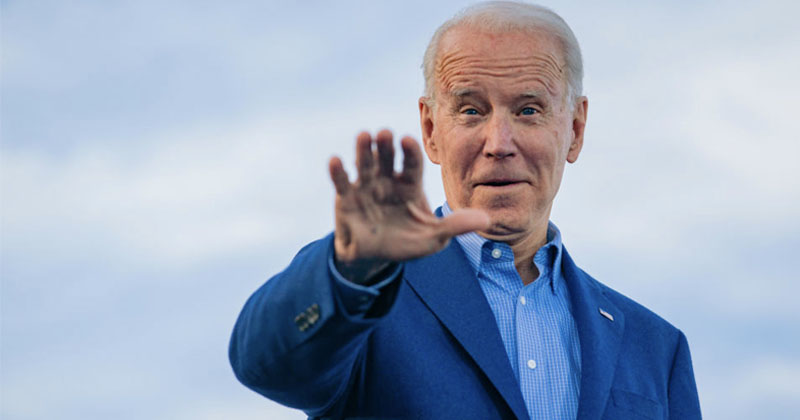 The niece of Martin Luther King Jr. had some choice words for Joe Biden on Friday following his remarks that George Floyd’s death “had a bigger impact” than her uncle’s assassination.

In an interview with The Daily Caller, Alveda King said that Biden must be living in a different “reality” by comparing Floyd to MLK in such a way.

“I believe that Mr. Biden continues to speak from his basement from a reality that is different from what’s happening in the real world,” King said. “Why is it necessary to compare Martin Luther King Jr. and George Floyd?” 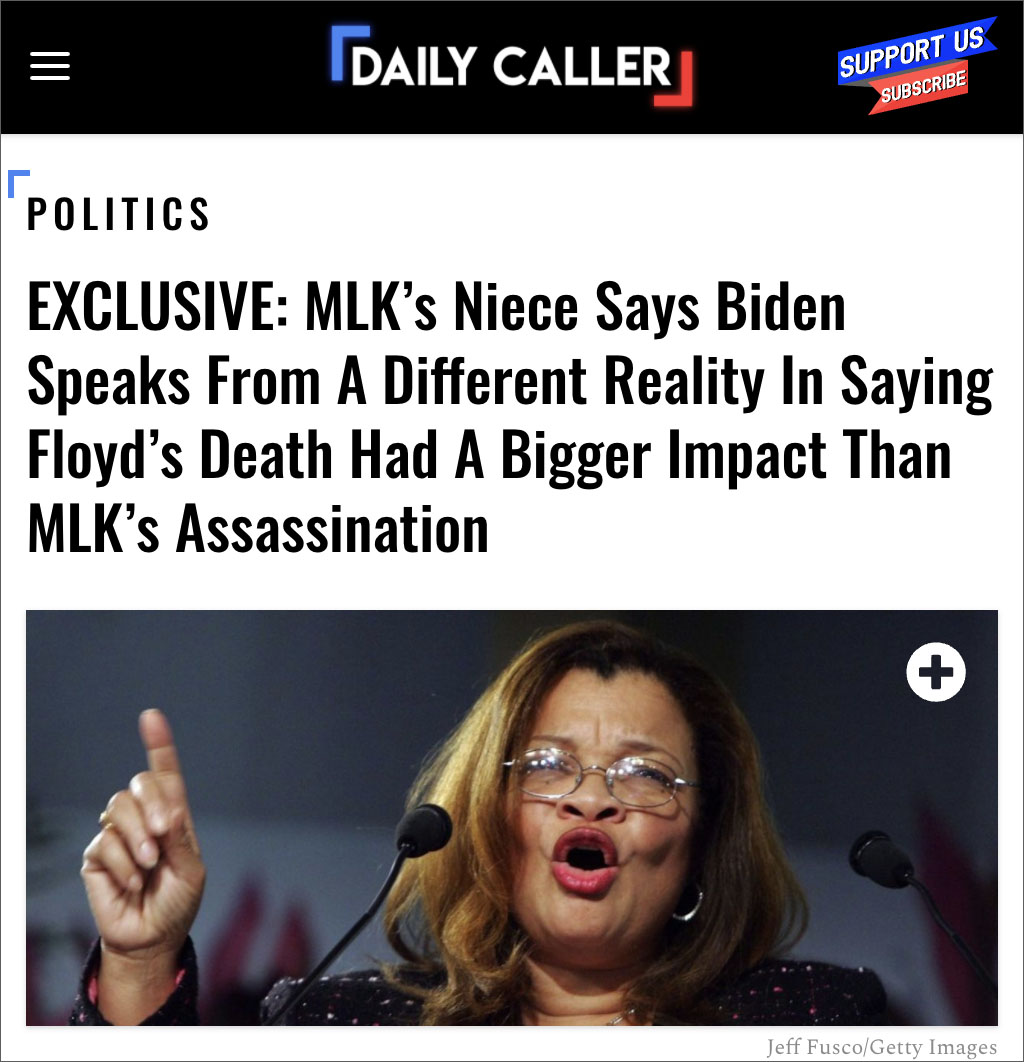 King noted that Floyd and MLK both came “from God fearing families,” and both killed were unjustly, which is “something Mr. Biden should recognize.”

She added that she believes Floyd’s death is being used to “bring about anarchy,” whereas MLK Jr.’s message was about love.

“Jesus Christ hung on the cross between two felons, one felon said, ‘remember me’ and Jesus said to him, ‘you will be with me in paradise today,’” King said. “That’s Jubilee. That’s what Jesus was about. That’s what Martin Luther King Jr was about.”

Biden had said Thursday in Philadelphia that Floyd’s death had a greater “worldwide impact” than MLK’s assassination in 1968.

“Even Dr. King’s assassination did not have the worldwide impact that George Floyd’s death did,” Biden said.

“What happened to George Floyd — now you got how many people around the country, millions of cellphones. It’s changed the way everybody’s looking at this,” he continued. “Look at the millions of people marching around the world.”

Just weeks prior, Biden asserted during the “Breakfast Club” radio show that if blacks voted for President Trump instead of him, then they “ain’t black,” which was roundly criticized by the black community.