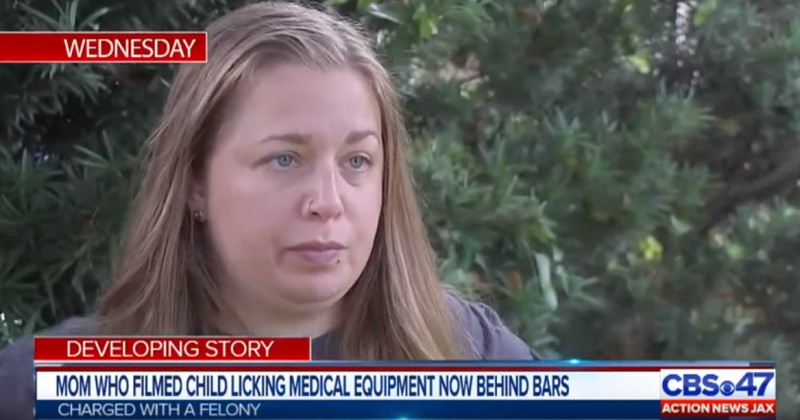 A Florida mother was arrested after filming a viral video of her daughter licking a medical tongue depressor and putting it back at a doctor’s office.

30-year-old Cori Ward was charged with tampering with a consumer product without regard for possible death or bodily injuries, News4JAX reported.

She recorded her daughter licking the object and replacing it at a Jacksonville doctor’s office despite a sign that read, “PLEASE DO NOT TOUCH MEDICAL SUPPLIES! THANK YOU!”

The caption accompanying the Snapchat video read, “Don’t tell me how to live my life.”

A tearful Ward told News4JAX “I would never put somebody else’s kid at risk” and apologized for causing offense.

The maximum penalty if convicted is 20 years in prison, although Ward is likely to get away with a slap on the wrist if the felony is reduced to a misdemeanor.

“Falling national IQs combined with obsessive social media fame-seeking has to be one of the worst combinations a society could face,” comments Chris Menahan.

Indeed, as we highlight in the video below, obnoxious narcissism now appears to have gone viral and is manifesting itself in increasingly bizarre ways.