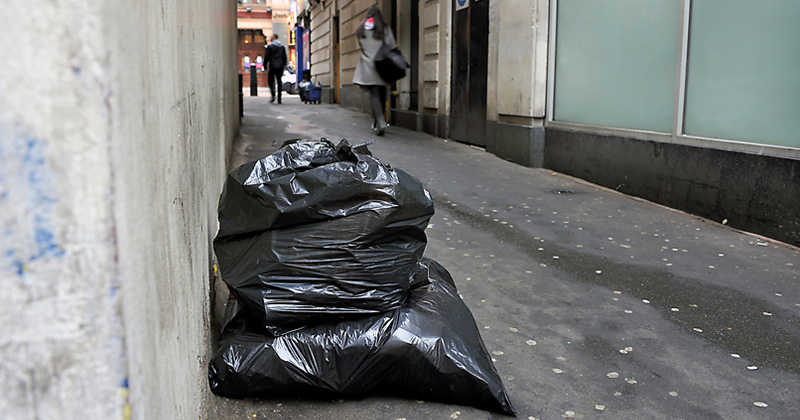 A UK mom served time in jail after she put her recycling out in the wrong color bag.

Ipswitch mother-of-three Lyndsey Webb, 34, reportedly used black bags for her recycling, unaware of a new March ordinance requiring her to use orange and clear bags.

Webb was cited for four separate violations of the Environmental Protection Act, but when she failed to show up to an April court hearing she was arrested and detained in a holding cell.

She was also ordered to pay a fine of £50, as prosecutors argued the new changes had been widely publicized, and was “given a six-month conditional discharge,” according to The Daily Mail.

Webb’s lawyer, Jeremy Kendall, contended she’d received permission to continue to use black bags for her recycling, as she’d requested the new color bags but they never arrived.

“The black bags chucked out by Lindsey were flagged by a passing warden, who saw 10 bags dumped on the pavement,” Metro reports, adding her address was found during a search of the bags and she’d additionally been identified through surveillance footage.

Kendall argued Webb failed to appear in court because she never received the court summons.

As for the 60 bags of trash in under a month, Kendall said Webb’s three kids “generate quite a bit of waste.”

LIVE NOW– Alex Jones breaks this story down and more on the Tuesday edition of Infowars Live:
Follow the author on Gab: https://gab.ai/adansalazar