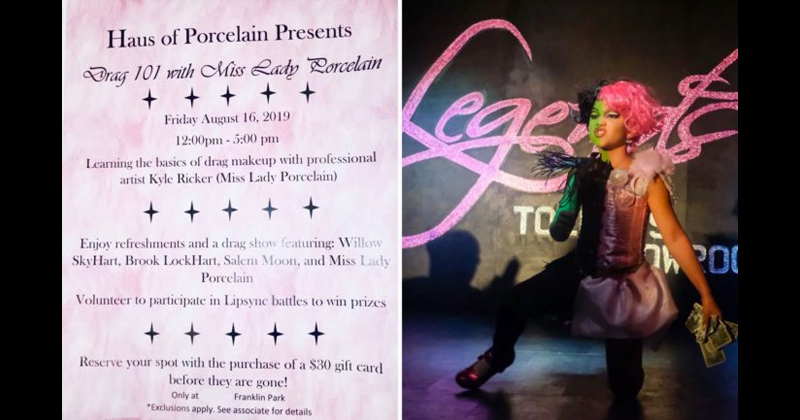 An activist mom is encouraging parents to speak up after she was successfully able to cancel a Drag Queen event targeting children.

Elizabeth Johnston, known as the “Activist Mommy,” shared how she was able to get an Ohio venue to drop a Drag 101 event which aimed to teach children “the basics of drag makeup.”

Johnston took action after discovering one of the drag queens to be featured at the event was 9-year-old “Miss Mae Hem,” who earlier this year prompted an Ohio state legislator to propose an amendment to child endangerment laws after the boy performed outside an Ohio bar last December.

After learning the child would be featured at the event, Johnston called the venue and threatened them with a national campaign of negative publicity.

“I called management this morning and warned them that we would start a national campaign giving them bad press if they did not cancel the event,” Johnston said.

“Within a few hours, they called her back, and told her the event had been canceled!” reports ActivistMommy.com.

Johnston says she wants her story to serve as an example to other parents who want to push back against the liberal drag/trans agenda targeting children worldwide.

We share all this with you for two crucial reasons: to protect children and to empower parents to do so.

[…] The longer we stand idly by while it becomes normalized for men dressed like women to read stories to little children the more our children will be exploited.

[…] For far too long, parents and Christians have lacked the backbone to stand up to the progressive left’s gender insanity and fascistic political correctness. But no more!