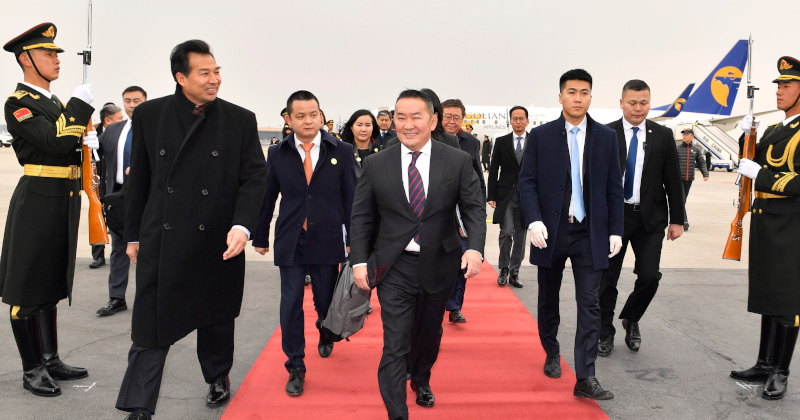 The Mongolian president and his entire delegation have been put under 14-day quarantine after making a state visit to coronavirus-stricken China.

Khaltmaagiin Battulga visited China to meet President Xi Jinping amid an outbreak of the deadly infection.

The emergency apparently was not considered too big a risk to cancel the planned high-profile event, but Mongolian authorities have decided their leader doesn’t get a pass on safety rules.

After returning to Ulaanbaatar on Thursday, he and all of the officials who accompanied him were placed in two-week isolation, the news agency Montsame reported.

They were also tested for the coronavirus, the report said, without stating whether any of the tests were positive.

Among the officials included in the quarantine are Mongolia’s foreign minister, its ambassador to China, the national emergencies chief, the president’s chief of staff, and a foreign policy adviser.

They will be spending the next two weeks at a resort in an isolated mountainous area of Mongolia, while President Battulga will be accommodated at a clinic in the capital.

While this is likely just a precaution and the Mongolian officials are uninfected, the same cannot be said for some of their counterparts in Tehran.

The Iranian VP for women and family affairs, along with the head of the parliament’s security and foreign affairs commission, are among the infected.

The country’s former ambassador to the Vatican, Hadi Khosrowshahi, died on Thursday after failing to overcome the virus.

China was hit hard by the novel coronavirus with almost 79,000 cases confirmed so far. The death toll in the mainland part of the country reached 2,788 on Thursday with 28 new fatalities since Wednesday.

The spread of infection however seems to be slowing down, with the number of new reported cases lowest since late January.