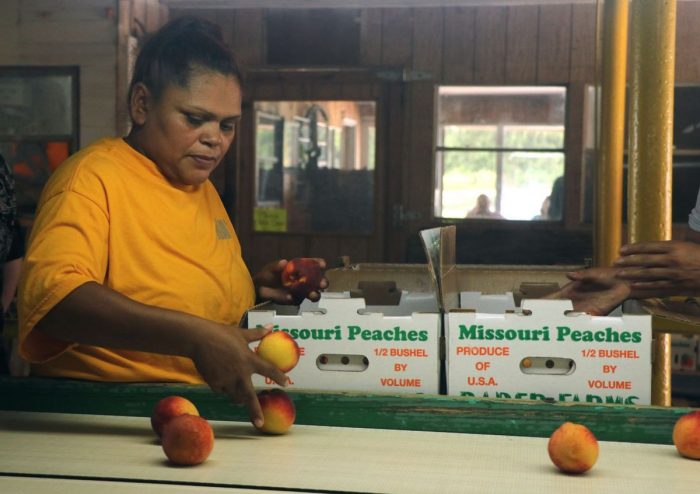 The largest peach grower in Missouri has filed a lawsuit against Monsanto alleging that the biotech giant is responsible for illegal herbicide use that is believed to have caused widespread crop damage in southeast Missouri and neighboring states. [1]

The lawsuit was filed November 23 on behalf of Bill Bader, operator of Bader Farms near the town of Campbell. The legal action seeks compensation for the extensive damage to the farm’s peach trees over the last 2 years. The timeline coincides with Monsanto’s release of crop varieties resistant to the dicamba herbicide.

Monsanto rolled out its dicamba-resistant Xtend crops in 2015, but the corresponding herbicide was not approved for use until last month. In the interim, it is suspected that some farmers began using highly volatile, unauthorized forms of dicamba, which tend to vaporize and drift to surrounding areas where it can harm unresistant crops.

In Dunklin County, where the lawsuit was filed, the alleged dicamba damage is particularly severe, and many soybean farmers have reported diminished yields caused by drift. Bader believes it was dicamba drift that also damaged his peach trees and other crops around his farm.

The lawsuit states that in 2015, about 7,000 trees in Bader’s orchards were damaged, resulting in a loss of $1.5 million. Bader estimates that about 30,000 of his trees are considered a permanent loss, and the severity of the financial loss has yet to be fully realized.

The future looks dim for Bader Farms. Insurance companies won’t cover damage from illegal herbicide use. And since peach trees take 5 years to mature and become profitable, the financial impact to Bader “is more long-term and far-reaching,” according to one of Bader’s attorneys. For that reason, the lawsuit doesn’t seek a specified dollar amount.

According to Monsanto, the company did its best:

“…to remind growers, dealers, and applicators that dicamba was not approved for in-crop use at the time, and we do not condone the illegal use of any pesticide.”

Monsanto also said that the lawsuit:

“…attempts to shift responsibility away from individuals who knowingly and intentionally broke state and federal law and harmed their neighbors in the process. Responsibility for these actions belongs to those individuals alone.”

Bader’s lawsuit alleges that Monsanto should have foreseen that farmers would start spraying illegal versions of dicamba when it released its Xtend seed without its intended complement of the low-volatility version of the herbicide.

“Monsanto released their Xtend crops, their soybean and cotton seeds, and they did so though without a corresponding herbicide, which is just from everything that we understand is basically unheard of.” [2]

“What we’re looking for here is truth. These are people who are the lifeblood of Missouri’s economy, particularly the southeast Missouri economy, because agriculture is so important there.”