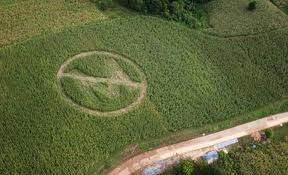 There is a growing body of scientific evidence which proves that genetically-modified organisms (GMOs) are inherently different from natural organisms, including the way the body processes them, as well as how the immune system responds to them. But Monsanto, the largest purveyor of GMOs in the world, believes that GMOs are no different than natural organisms, and that GMO testing is both needless and valueless.

In theWhy aren’t you running human clinical trials on GM crops?section of Monsanto’sFood Safetypage, the biotechnology giant explains its opinion that GMOs are “substantially equivalent” to natural organisms. According to Monsanto, since concentrations of proteins, carbohydrates, and other nutrient factors vary among natural crops, as well as among natural and GM crops, then these differences are automatically unimportant in light of GMO safety.

Furthermore, Monsanto claims that its injection of foreign DNA into its GM crops is also automatically safe because, get this, DNA is present in natural crops as well. Never mind that the injected DNA is foreign and unnatural, and is used to alter the entire genetic structure of GM crops — according to Monsanto, its unnatural DNA is automatically non-toxic because every other plant also has DNA. Case closed.

Using this same absurd illogic, injecting foreign animal DNA into a developing human baby, for instance, must also be safe because that baby contains DNA, right? Or how about drinking antifreeze, which is made of atoms, because your body is also made of atoms? Based on Monsanto’s pseudoscientific nonsense,everythingcan be considered non-toxic and safe because it is all made of atoms, just like our bodies!

Concerning the injection of foreign DNA into GM crops, Physicians and Scientists for Responsible Application of Science and Technology (PSRAST) have taken a more scientific approach by actually investigating how the body processes foreign DNA, which revealed that things are not as peachy as Monsanto claims they are. As can be expected, foreign DNA is not properly recognized by the body, and negatively stimulates the immune system in such a way as to cause disease-inducing inflammation (http://www.saynotogmos.org/scientific_studies.htm).

Monsanto does not actually care about science, though, and has actually made it a point to just arbitrarily deny the need for actual GMO testing in humans to prove its claims. In concluding its unsubstantiated diatribe about why human testing of GMOs is unnecessary, the agri-giant says there is simply “no need, or value” in testing the safety of GMOs — in other words, if Monsanto says they are safe, then they are safe!

The fact that anyone considers this blind, self-serving declaration to be scientifically sound is frightening in and of itself, let alone the fact that the US government openly approves of such nonsense and has used it to form food policy. To put it more simply, GMOs have never been properly safety tested in humans because Monsanto does not feel it is necessary, and most of those in control of food policy are perfectly content with this.