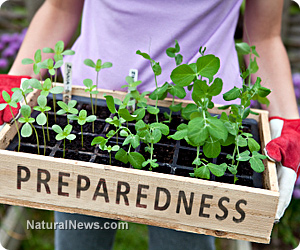 It’s not just “fringe” types and end-of-the-world religious prognosticators; more and more “everyday people” are sensing that something is wrong with their country and the world, and are taking steps to prepare for turbulent times.

Yes, technically they are “preppers” in today’s lexicon, but they are far from the kind of people that that term engenders. In fact, some of these “newbies” might even be your neighbors.

More and more Americans are spending money to get ready for an uncertain future — gathering food, water, tools and skills to help them weather anything from a hurricane to a pandemic.

Contrary to images of deluded or gun-obsessed “lone wolves,” many preppers are average consumers reacting to concrete worries, and their way of thinking is spreading, fueling an emerging lifestyle trend. That lifestyle is generating demand for a broad spectrum of products offering survival — or even comfort — when large-scale systems go down.

You can see the diversification of the prepper at many of the latest expos and conferences aimed at peddling goods to this emerging and ever-changing consumer demographic.

“To get a closer look,” wrote David Z. Morris for Fortune, “I visited Life Changes, Be Ready!, or LCBR, a new expo that held its second event on the weekend of November 2nd and 3rd, in Lakeland, Fla. [emphasis added]. LCBR gave an immediate sense of one big way that the preparedness crowd isn’t marginal at all — economically. The show floor was packed with a dizzying array of small businesses and products that defied stereotypical ‘prepper’ classification — not just ammunition and crossbows and camping gear, but also seed banks, beehives, financial planning, and acupressure.”

Indeed, said many of the expo’s vendors and entrepreneurs on the showroom floor, business has been rising.

One of these entrepreneurs, John Egger of Self Reliance Strategies, has been making and selling prepackaged seed banks for about four years. His market is expanding, he says.

“It’s definitely picking up. It’s not just country people anymore. We really cater to a suburban market … We call it suburban homesteading,” he told Morris.

Much of the new gear isn’t directed at low-rent folks or cave-dwellers. Items vary in price from $5,600 for a portable solar charging station to $649 for “Stomp Supreme” field medic kits offered by a firm called Doom and Bloom, LLC.

“This is the one recommended for people expecting civil unrest,” Morris quoted company officials as saying.

The diversity and type of products on offer was also remarkable. Egger’s seeds, for example, were prominently labelled “Organic” and “Non-GMO” — and so were all the other seeds on sale at the show. Those are distinctions you might not think were important to the same crowd in the market for a crossbow, but according to Egger, “you don’t have to explain to people anymore” why eating organic matters.

Prepping: Not a ‘fringe’ activity anymore

In addition to new high-tech, high-end products, there were also some quirky items. Earthworm farms and beehives were for sale as well, and at least two companies were selling essential oils.

In a back corner of the showroom, Mike Mah – aka No Stress Mike – was offering $30 pain reduction sessions, employing a “Hoy Chi” energy healing technique. His flyers predominately stated that he attended every Tea Park event he possibly could. He manipulated spines of dozens of show patrons who were willing (even as he kept a handgun tucked into his beltline).

There are many things that are driving new crowds to prep shows: the unevenness of a skyrocketing stock market, even as job growth and wages stagnate; uncertainty about the nation’s spiraling debt; angst over policies enacted by President Obama; the costs and requirements of Obamacare; and political partisanship.

But there is one common denominator among all: Prepping isn’t a “fringe” activity anymore, and failure to be prepared is the worst sin of all. 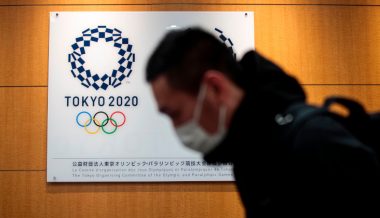