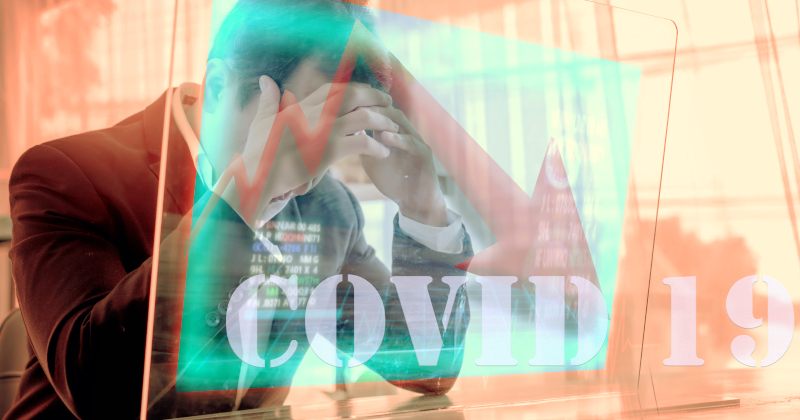 As we previously warned, this pandemic will bankrupt and kill more people from suicide than the virus will.

When you sacrifice people’s livelihoods, you create a difficult situation of desperation for many who will see no other way out.

We are about to have a mental health crisis during an economic depression that will be tough to live through. The virus is no longer the problem.

The government’s reaction has been the problem and even some politicians have figured it out. Knox County Mayor Glenn Jacobs revealed in a weekly update that our solution to this pandemic has not been a good one.

“Thus far, our reaction to COVID-19 has been to sacrifice the global economy,” said Jacobs. “The truth is: a sick economy produces sick people.”

Most people don’t want to hear the truth, unfortunately, and the longer state governments insist on businesses being closed and an economy shut down to combat what’s looking like a fairly insignificant virus for most of the population, the aftermath will worsen.

Each day that drags on will make the next few years more difficult.

We’ve said it before and it needs to be said again, we should no longer be preparing for a pandemic, but social unrest, violence, and economic depression.

The longer the economy is shut down, the more horrific the future social unrest will be. Jacobs is questioning the tyrannical measures and authoritarian power grabs by politicians.

Jacobs called the suicide numbers “utterly shocking” and said he is questioning if the government is taking the right approach in responding to COVID-19.

“Is what we are doing now really the best approach? How can we respond to COVID-19 in a way that keeps our economy intact, keeps people employed, and empowers our people with a feeling of hope and optimism, not desperation and despair?” he said.

“That’s startling and disturbing and really, really challenging to think about how some of the things we have to do as a community right now could be contributing to these things,” she said.

“The more important message today that I want to deliver is that now more than ever we need to be kinder and gentler with ourselves and with each other. If there’s anybody out there who’s struggling, I encourage you to reach out.”

We want to thank Jacobs for standing up against all the other tyrants out there using this virus as an excuse to commit economic suicide and impoverish millions of people.

Now let’s face reality: it’s time to reopen the economy and salvage what’s left if we can.

The longer this drags on, the direr our situation becomes.