In case you didn’t get the memo, al-Qaeda – the group supposedly responsible for 9/11 – is now our ally in Syria

When Infowars made the claim months ago that the government’s ties to al-Qaeda effectively meant Obama had assumed the role of global head of al-Qaeda, we were predictably demonized for calling our beloved leader out on his administration’s murderous relationship with what we have been led to believe are some of the most notorious criminals on the planet. 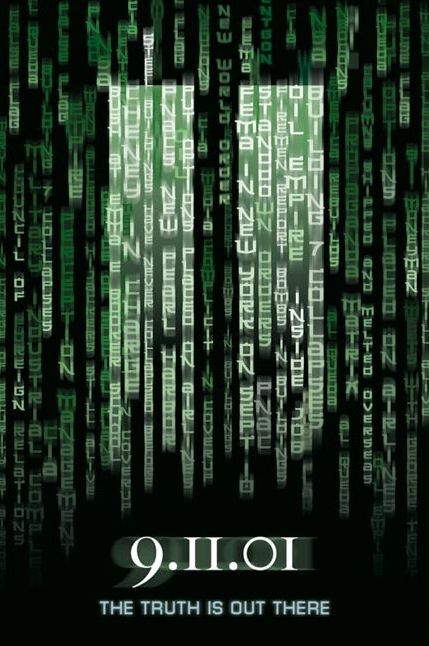 Although our damning report provided profuse documentation supporting the fact the Obama administration has directly been funneling aid and training, along with millions of dollars, to Al Qaeda-dominated Syrian opposition forces, mainstream media “pundits,” led by the likes of MSNBC’s Rachel Maddow, still attempted to discredit Jones using straw man and ad hominem tactics – as well as formulating and attributing patently unsubstantiated accusations.

Maddow lumped our heavily documented claim that America’s dear leader was in bed with Al Qaeda with lesser-popular conspiracies, many of whose official stories have also been thoroughly debunked.

“He also says the evidence is overwhelming that President Obama is now personally the global head of al Qaeda. See, folks, the evidence is just overwhelming. Do I have to spell it out for you, are you blind?” Maddow asked, feigning incredulity and ignoring the deluge of supporting evidence provided in our article.

Fervent Infowars readers likely need no further evidence America has been the primary mover behind Al Qaeda forces in Syria. For years, we have documented how the CIA and other foreign governments have purposely installed different factions of the “terror group” (read as: mercenaries) around the world to destabilize key regions.

Here is just a smattering of recent articles further supporting the fact Obama is working with the very people we were told to fear in the days after 9/11.

In order to remain blithely oblivious to the multiple confirmations proving our claims accurate, it’s necessary to ignore contradictory headlines. Here are a few:

In a recent article by the UK’s London Independent, writer Robert Fisk asked “Does Obama know he’s fighting on Al-Qaeda’s side?”

If Barack Obama decides to attack the Syrian regime, he has ensured – for the very first time in history – that the United States will be on the same side as al-Qa’ida.

A Syrian rebel group’s April pledge of allegiance to al-Qaeda’s replacement for Osama bin Laden suggests that the terrorist group’s influence is not waning and that it may take a greater role in the Western-backed fight to topple Syrian President Bashar Assad.

Another story out of the London Guardian, entitled, “Al-Qaida Turns Tide for Rebels in Battle for Eastern Syria,” fleshed out that Free Syrian Army fighters met “almost every day” with al-Qaeda leadership, the same rebel forces we’ve been pledging millions of dollars to.

In yet another story indicating the Free Syrian Army was increasingly being overtaken by anti-American al-Qaeda loyalism, the BBC interestingly published an article titled, “Syria crisis: Al-Nusra pledges allegiance to al-Qaeda.”

The leader of the al-Nusra Front, a jihadist group fighting in Syria, has pledged allegiance to the leader of al-Qaeda, Ayman al-Zawahiri.

Abu Mohammed al-Jawlani said the group’s behaviour in Syria would not change as a result.

And in a report from February by the London Telegraph, titled, “Syria: how jihadist group Jabhat al-Nusra is taking over Syria’s revolution,” Ruth Sherlock wrote:

For many Syrians Nusra is synonymous with al-Qaeda. Many of their fighters are foreign jihadists; some fought with al-Qaeda in Iraq.

When the Senate Foreign Relations Committee voted last week to authorize strikes on Syria, Kentucky Senator Rand Paul highlighted the absurdity of aiding known terrorists when he stated, “This is an important moment… You will be funding, today, the allies of al Qaeda. It’s an irony you cannot overcome.”

Conservative pundit Pat Buchanan was also one of the first prominent political commentators to reveal he believed the Syrian gas attack may have been a staged provocation.

We have also seen Senators Ted Cruz and Dennis Kucinich state that if Obama authorized air strikes on Syria, then our military would in effect become “Al Qaeda’s air force.”

Also last month, we saw former Congressman Ron Paul claim he believed Syria’s disputed August 21 chemical weapons attack could have been a “false flag” attack, and asked Fox News host Neil Cavuto, “Why don’t we ask about the Al Qaeda? Why are we on the side of the Al Qaeda right now?”

Afghan President Hamid Karzai has also made clear that the Obama administration is now colluding with the Taliban while the group carries out suicide bombings in the “service of America.”

‘Winston, we were never at war with Eurasia!’ – Obama admits he wants to aid al-Qaeda

In last night’s speech, Obama confessed to the nation the opposition forces he so badly wanted to support in Syria were increasingly al-Qaeda extremists.

“It’s true that some of Assad’s opponents are extremists,” Obama admitted. “But al Qaeda will only draw strength in a more chaotic Syria if people there see the world doing nothing to prevent innocent civilians from being gassed to death.”

George Orwell’s 1984 perfectly depicted the problem of a nation surrendering control of its media to government. In his startlingly accurate vision, whole nations were convinced they had never been at war, or were always at war, simply through media manipulation.

Of course, Orwell never anticipated the immense technological advances that would one day emerge to aid those who currently find themselves in Winston Smith’s shoes; in other words, those who have realized the absurdity of embracing the very terror groups we were supposed to be fighting.

Even former US National Security Adviser and Trilateral Commission co-founder Zbigniew Brzezinski has recently had to admit that “instant mass communications such as radio, television and the Internet” was derailing efforts to create a new world order, and that a “global political awakening” was responsible for unhinging plans for a Syrian intervention.

It’s important to realize that it’s the media’s job to feed us war propaganda. Through war, the globalists believe, they can derive order from chaos.

However, with the Defense Department’s recent admissions they would have to beef up their public affairs efforts due to the American people no longer placing faith in their credibility, and with Obama backing off of a potential Syria strike (for the time being), it’s evident humanity is at a turning point where alternative and independent media is beginning to have an impact being felt at the highest levels of government.

Last year, Former Congressman Ron Paul predicted a false flag attack would be used to have the public go along with a Syrian war. He also warned that much of what the media pushes is war propaganda.