2 days ago, @realDonaldTrump told me he was working w/ @Ford to keep smaller vehicle production in KY & in USA..Tonight they delivered..TY!

The deep-dive back story that was only discussed here is below:

SEPTEMBER 15TH 2016 – This is a really important interview to grasp the scope of the America-First economic challenge in front of Donald Trump and specifically U.S. workers. Unfortunately, what follows below is the best version of the interview we can find and it has edits, significant edits by CNN, to the initial portion of the interview as it originally aired.

For those unfamiliar with how structured these types of interviews are, there are a few key aspects worth noting in advance of watching the video:

♦ CEO Mark Fields is not alone in this interview. Off camera there are key corporate executive advisers, PR, Marketing, HR, Risk Mgmt., etc. positioned to give immediate feedback toward any sound bites that can have an adverse impact on the corporate objectives. There’s a few times when you can see Fields taking cues from those voices.

♦ The CEO corporate culture (starts in MBA school) teaches executives how to use code words and phrases to avoid pitfalls, and unless you are skilled -or familiar- in detecting the nuance, much of the significant verbiage can be missed. Words and phrases matter.

There’s a big difference between a major corporate CEO saying “investment in North America“, and “investment in America“. The former references international trade agreements such as NAFTA which apply to Mexico the U.S. and Canada, the latter is directed to the United States. Pay close attention and you’ll note the importance.

♦ Notice how Mark Fields will not answer key and specific questions directly. Instead choosing to use parseltongue and politispeak coded language. This is a trained skill much like a professional politician is trained in non-answers that leave the viewer/listener the impression of an answer.

♦ Pay additional attention to phrases such as:

The issue for this conversation is “future investment or reinvestment”, and that’s where you see the verbiage shift (use of) “North America” coming into play.

• “value market” is the term for cheaper cars. In this example the Ford Focus model.

Notice also Poppy Harlow was finally able to pin Fields down on “40% labor savings”. That specific number is where you hear the counter Trump approach of a 35% tariff which would eliminate that incentive. If Ford saves 40% labor cost on Ford Focus vehicles by building in Mexico, and they face a 35% Tax upon re-import, the incentive to have Mexican workers build the vehicle is lost. Notice Mark Fields avoids answering that question.

On one hand the CEO states the goal is to remain competitive in the “value market” (ie. cheap car market like Kia etc.), however, at the same time Fields never mentions lowering the price, because it’s the profit margin actually driving the decision – not any consumer savings. The U.S.A market (consumer) will not see Ford Focus vehicles drop in price; instead they’re just made in Mexico at a lower cost. 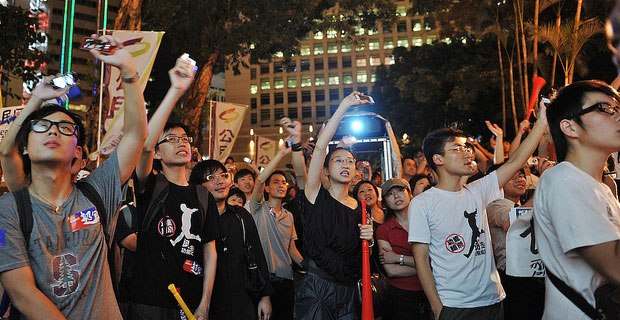 This key distinction is the heart of the Economic Patriotism argument.

An argument that Bernie Sanders has made effectively, Donald Trump has also recognized, and one which through the course of time -and history has empirically evidenced- creates terrible long-term consequences for the rapidly diminishing middle class U.S. worker.

The economic patriotism distinction is also where traditionally minded conservatives, like myself, have reevaluated the bigger picture and accepted the following: In a global world the concept of traditional economic models (for free-market capitalism) are no longer working on behalf of the United States of America – because there is no national pride or incentive attached to the end goal, profit.

Paul Samuelson, the Nobel laureate from the Massachusetts Institute of Technology, recalled that John Maynard Keynes once was challenged for altering his position on some economic issue:

“When my information changes,” said Keynes “I change my mind. What do you do Sir?”

While I have never agreed with Keynesian economic theory, Keynes attributed quote itself is never more apropos than today’s 2016 American economics argument amid various conservatives. What good is Mark Levin’s definition of conservatism, when there’s no middle class America left to conserve?

What good are George Will’s free market theories when the end result is the outflow of American wealth into poorer, less economically developed countries, while we EBT ourselves into a national debt crisis because we are trying to sustain the diminished value of the American worker?

Not only is this historic approach now rapidly becoming the pathway into an unrecoverable American economic death spiral, it is also global wealth distribution done by Wall Street, not Main Street.

The result, our result, is an ever expanding, seemingly impossible to stop, wealth gap, creating an unnatural and profoundly unhealthy class system, in America, between the “Rich” and “Poor”.

We do not need socialism to fix the problem, we need economic patriotism from industrial giants, Main Street, who value the principles behind putting American-workers-First.

Ford is willing to spend $1.6 BILLION to create 2,800 jobs in Mexico, to save 40% on the price of their “value product line” of automobiles.

If a Ford Focus costs $8,000 to manufacture (in Mexico). How many Focus’s would they need to sell at an additional 40% profit margin to make up for their initial investment of $1.6 BILLION. Do the math, and you’ll realize why I shall never again purchase a Ford vehicle.

Ford CEO Mark Fields, like many modern vulture capitalists, is a globalist – not an America-First CEO.