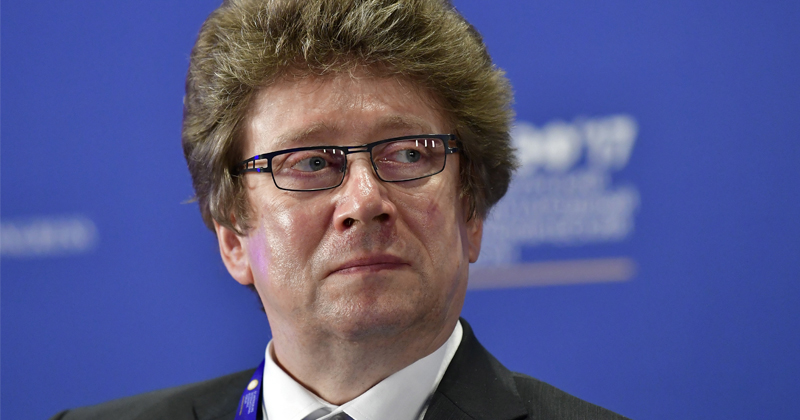 During a speech at the lower house of the Russian parliament, the CEO of the country’s key trading floor suggested Russian investors should replace investments they’ve made in dollars with gold.

“Let’s offer an alternative to the US dollar in the form of Russian gold, which we produce… investment gold,” Moscow Exchange (MOEX) CEO Alexander Afanasiev said.

Afanasiev said many super-conservative Russian investors have purchased dollars and they keep them “under the pillow thinking that it is the safest option out there.”

Russia has plenty of gold with which to replace greenbacks. The country ranks third in the world in gold production and most of the metal remains in the country. In 2017, Russian miners boosted gold output by more than 6%, and produced almost 265 tons of gold in January-October 2018, according to data provided by the Finance Ministry.

Experts analyze how the world’s major players are dealing in gold, USD.

Afanasiev advice to Russian investors is already being followed by the Russian central bank. It has been endeavoring to reduce its exposure to the dollar over the last several years by buying gold and selling off US Treasurys. Russian gold reserves increased 224 tons in 2017, marking the third consecutive year of plus-200 ton growth. In February 2018, Russia passed China to become the world’s fifth-largest gold-holding country.

China officially added to its reserves for the first time in over two years last month, but many speculate the Chinese might secretly stockpiling the yellow metal as well.

Countries like Russia and China have been taking steps to minimize their exposure to the dollar – specifically buying gold. And they’re not alone. On net, central banks purchased 148.4 tons of the yellow metal in Q3. That was 22% higher year-on-year and the highest level of quarterly demand since Q4 2014.

Russia and China have also been divesting themselves of US debt. Last spring, the Russians sold off nearly all of its US Treasury holdings.

There have also been efforts to limit exposure to the US dollar by setting up alternative payments systems and financial channels that don’t rely on the greenback. The Russians have developed an alternative payment system that has reportedly surpassed SWIFT in popularity within the country. According to the Central Bank of Russia, 416 Russian companies and government organizations had joined the System for Transfer of Financial Messages (SPFS) as of September.

And it’s not just countries that have traditionally rocky relations with the US looking for alternatives. In September 2018, the EU announced plans to develop a special payment channel to circumvent US economic sanctions and facilitate trade with Iran.

Jake Lloyd breaks down how Europe can escape globalist control.