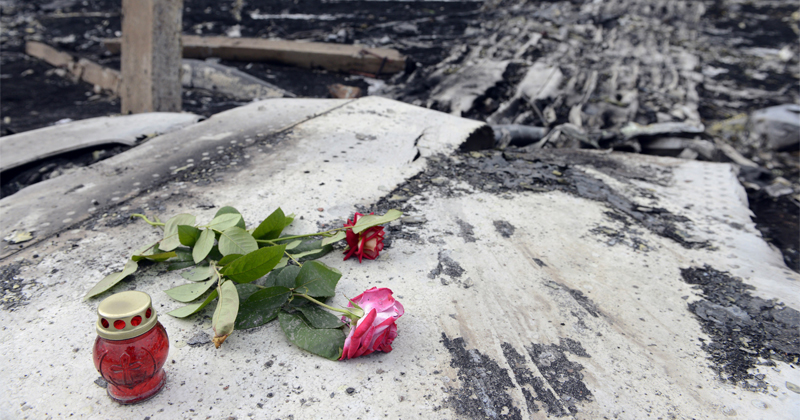 The news comes after the Dutch Public Prosecution Service agreed to delay the hearings from this autumn to February-March 2021, after a request by attorneys and representatives of the victims.

The Netherlands plans to file a lawsuit against Russia with the European Court of Human Rights (ECHR) over the flight MH17 catastrophe, according to Dutch Foreign Minister Stef Blok.

The Dutch cabinet also plans to send an official note about the lawsuit to the UN Security Council.

The statement is issued as the Dutch court, holding the hearings at the Schiphol Judicial Complex in Badhoevedorp, declined a request by the defence to ask NATO to provide satellite data on the crash. According to the judges, the information from the AWACS aircraft “did not yield any relevant data for the investigation”.

Previously, Ukraine also failed to present primary radar data on the incident, “as the radar was not operating at that moment”.

Commenting on the hearing, Moscow stressed that the court has generally ignored the information provided by Russia, while unquestioningly accepting data from Ukraine, despite it being an interested party.

The European Court of Human Rights (ECHR) confirmed on Friday that it had received the Netherlands’ claim against Russia regarding its alleged role in the 2014 deadly crash of flight MH17 over eastern Ukraine.

“We confirm that the Court has received an application filed by the NL [the Netherlands] Government and directed against the Russian Federation concerning flight MH17. It is currently under examination and further details will be given in due course,” the ECHR said.

ECHR Has Not Notified Russia About Dutch Claim Over MH17 Crash

The Russian authorities have not received any notification from the European Court of Human Rights (ECHR) about the Netherlands’ claim related to the circumstances of the MH17 flight’s crash over eastern Ukraine back in 2014, the Russian Ministry of Justice said on Friday.

“The Russian Federation authorities have not been notified by the ECHR about the Netherlands filing a claim against Russia over the Malaysian Boeing’s crash in 2014 in the skies over Ukraine,” the Ministry of Justice said in a statement.

The ministry added it would engage in necessary action in cooperation with relevant agencies if it was notified about the claim.

“Before considering the claim on the merits, the ECHR should evaluate its applicability, with the participation of the sides. This stage could last for several years. It should be noted that Russia firmly refutes accusations of playing a role in the Boeing’s crash,” the statement read on.

Malaysian Airlines Flight MH17 was downed over the Donbass region in eastern Ukraine on 17 July 2014, amid a military conflict in the county caused by a violent coup d’état in Kiev. Ukrainian forces in the area were clashing with militia from the self-proclaimed Donetsk People’s Republic and Lugansk People’s Republic, which refused to submit to Kiev and expressed their intention to unite with Russia.

All 298 passengers on the aircraft, including 198 Dutch nationals, died in the crash.

Almost immediately after the incident, the US and its European allies claimed without presenting any evidence that Russia was responsible for the tragedy. These allegations were used by Washington and Brussels as a pretext to introduce sanctions against Moscow, while Russia repeatedly denied the accusations.

A Dutch-led Joint Investigation Team (JIT), formed soon after the crash, invited Ukraine, Belgium, and Australia to join the probe, but excluded Russia from the investigation.

In 2018, JIT claimed that the plane was shot down by a Buk missile system, which allegedly came from the 53rd Anti-Aircraft Missile Brigade of the Russian military, citing “classified information” provided by the Dutch and US authorities that could not be revealed. It was also noted that the team used images from social networks to prove the claims.

Addressing the allegations, Moscow conducted its own investigation showing that the Buk missile which allegedly hit the flight was made at the Dolgoprudny Plant in the Moscow Region in 1986, delivered to a military unit in Ukraine, and remained there after the collapse of the Soviet Union in 1991. However, the evidence was completely ignored by the Dutch-led investigation.

After several years of investigating, JIT has named 3 Russian citizens (Oleg Pulatov, Igor Girkin, and Sergey Dubinsky) as well as one Ukrainian (Leonid Kharchenko) as suspects in the MH17 downing.