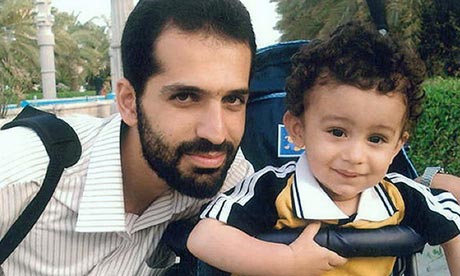 The Sunday Times reports (from behind a pay wall) that Iranian nuclear scientist Mostafa Ahmadi-Roshan was assassinated last week by the Israeli intelligence network Mossad as part of a “precursor to a military strike”.

The Times claims that a reliable source, a Mossad insider, says he was part of a group that killed Roshan last week in Iran as he made his way to work at the Natanz uranium enrichment facility.

The source told the Times that the operation was planned months in advance and a Mossad team had been monitoring Roshan’s activities and taking note of his schedule, so as to decide when and where to kill him.

“There is zero tolerance for mistakes. By nature, every failure not only risks the neck of the agents but also risks turning into an international scandal,” said the Israeli source.

According to the Sunday Times, Roshan, 32, was monitored from a makeshift control room in a safe house nearby as he was preparing to leave for work. Israeli agents were also watching the entrance to Iranian intelligence headquarters in the city center, when they noticed a number of cars and people running, followed by police rushing into the nearby streets. Another agent monitoring radio traffic between the Tehran police and security forces confirmed unusual activity, said the paper.

The report states that as Roshan’s bodyguard was driving him to Natanz uranium enrichment site, where he served as director, a masked person on a motorbike weaved through traffic, planting a bomb on the car shaped to deliver its full force at the passenger.

Both British and U.S. officials have denied any role in the assassination. “We were not involved in any way with regards to the assassination that took place there,” said Secretary of Defense Leon Panetta, adding that he had “some idea” of who was.

The Iranian regime says it too has direct evidence that Mossad, as well as the CIA, was involved in the assassination.

Iranian supreme leader Ayatollah Khamenei said attack “has been carried out by the planning or support of CIA and Mossad (spy) services, like all other crimes of the network of international state terrorism”.

The Iranian Fars News Agency reported today that Iranian First Vice-President Mohammad Reza Rahimi described the assassination as a “futile action” and that Iran would make those responsible regret their “terrorist actions”.

Back in November, reports suggested that Israeli prime minister Benjamin Netanyahu believed that Israeli plans to attack Iran’s nuclear facilities were leaked by Mossad insiders who did not wish to see an attack take place.

The reports, out of Kuwait, suggested that the plans drawn up by Netanyahu and Ehud Barak, the defence minister, had moved from the stage of discussion to implementation.

“Those who oppose the plan within the security establishment decided to leak it to the media and thwart the plan,” the Kuwaiti newspaper al-Jarida reported.