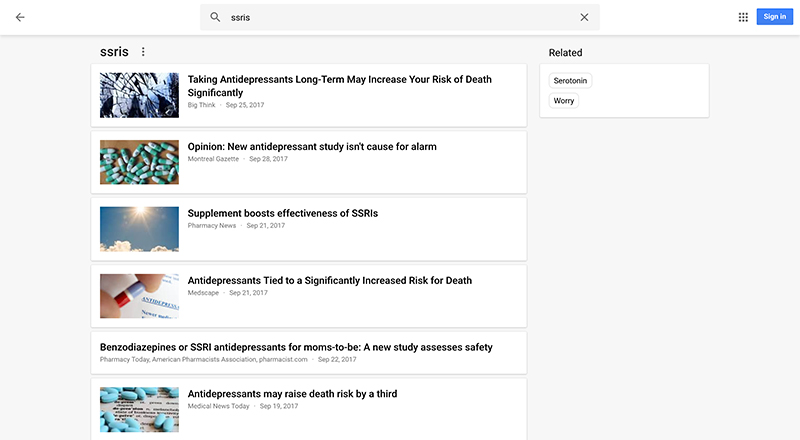 Virtually every mass shooter was on psychiatric drugs, a compelling fact the mainstream media – which is funded by Big Pharma ad revenue – is ignoring while covering the Las Vegas shooting.

But it’s a fact worth investigating: the suspect, 64-year-old Stephen Paddock, was “a normal guy who must have snapped,” according to his brother – and his father was described as a “psychopath” who was once on the FBI’s most-wanted list.

So the suspect just “snapped.” Now where have we heard this before?  This is the default description given by nearly every friend or relative of a mass shooter.

Why is that?  Because most mass shooters were on anti-depressants which contributed to the “snapping.”

“SSRIs, or selective serotonin reuptake inhibitors, are the pharmaceutical companies latest cash cows,” wrote Dr. Moira Dolan. “Their use has skyrocketed in the last 10 years.”

“Nicknamed ‘Chemical Babysitters’ and designated anti-depressants, they are causing dozens of murders, thousands of psychoses and are altering the minds of millions of users.”

As Infowars uncovered in 2014,  Fort Hood gunman Ivan Lopez was taking psychiatric medication before he “snapped.”

Likewise, Washington Navy Yard shooter Aaron Alexis “had been treated…. by the Veterans Administration for his mental problems,” according to USA Today, which failed to mention that the VA normally “treats” mental issues with SSRIs.

Other mass shooters who were on SSRIs include Columbine killer Eric Harris and ‘Batman’ shooter James Holmes.

And there are hundreds of cases of violence committed by persons taking psychiatric drugs, as documented by sites such as SSRIStories.org.

Then why won’t the mainstream media look into the possibility that Paddock was on SSRIs? Because the pharmaceutical giants who produce drugs like Zoloft, Prozac and Paxil spend over $2.4 billion dollars a year on direct-to-consumer television advertising.

Notice how there are no news articles covering the possibility Paddock was on SSRIs, despite the fact the media’s been obsessed over his motive: