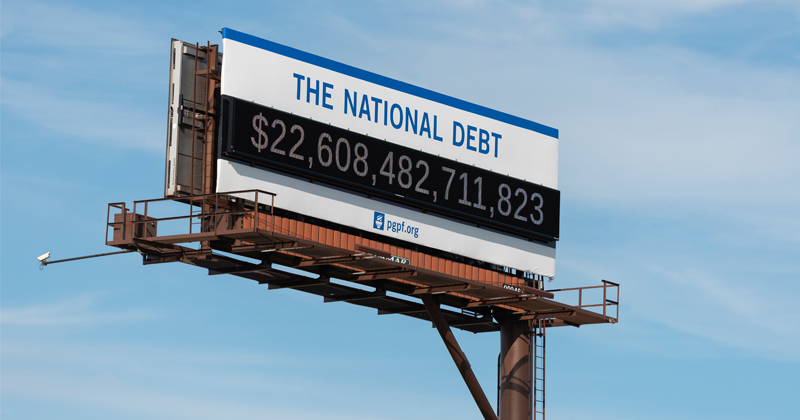 The federal government continues to pile up debt at a staggering rate. In August alone, the US government added $450 billion to the national debt.

But Uncle Sam isn’t the only one who doesn’t have enough money to pay his bills. Forty state governments are also drowning in red ink.

Total state government debt now stands at $1.49 trillion with 40 states lacking sufficient funds to pay their bills according to Truth in Accounting’s (TIA) Financial State of the States report.

“At the end of the fiscal year (FY) 2018, 40 states did not have enough money to pay all of their bills. This means that to balance the budget – as is supposedly required by law in 49 states – elected officials have not included the true costs of the government in their budget calculations and have pushed costs onto future taxpayers.”

Unfunded pension liabilities are the primary factor driving the pileup of state debt. According to the report, “One of the ways states make their budgets look balanced is by shortchanging public pension and OPEB (other post-employment benefit) funds. This practice has resulted in an $824 billion shortfall in pension funds and a $664.6 billion shortfall in OPEB funds.”

Alex Jones breaks down how Globalist banking forces are conspiring to create the illusion that along with populists, nationalists, and the policies they advocate comes financial ruin and collapse to convince populations that globalization is their salvation. By the way, we’re currently running our biggest sale since Christmas! Get 50% off products with double Patriot Points and free shipping during our Black Friday Comes Early Sale!

TIA Founder and CEO Sheila Weinberg said for many states, there is no easy way out of their fiscal mess.

“Many of these state governments have no hope of achieving a budget recovery barring significant program cuts or tax hikes.”

In simple terms, if you’re depending on a fat government pension to fund your retirement dreams, your golden years could turn into a nightmare. As we’ve reported, you should probably shouldn’t assume any government pension will ever be paid.

The report ranks the states based on surplus/debt per taxpayer. The numbers represent “each taxpayer’s share of state bills after available assets have been tapped. ”

Taxpayers in every other state are in the red. TIA calls these “Sinkhole States.”

Every state in the US except Vermont has a balanced budget amendment. So, how did states rack up $1.5 trillion in debt? According to TIA, state governments use a number of accounting tricks to create the illusion of fiscal responsiblity.

The TIA report highlights yet another aspect of America’s massive debt bubble that includes not only government red ink but also corporate debt and consumer debt.  extreme debt load in America today is among the underlying economic fundamentals that simply can’t be ignored.

Dr. Nick Begich breaks down the booming middle class in Asia and exposes how the west’s economy has been systematically transferred eastward to allow for this financial boom, especially in China.
By the way, we’re currently running our biggest sale since Christmas! Get 50% off products with double Patriot Points and free shipping during our Black Friday Comes Early Sale!