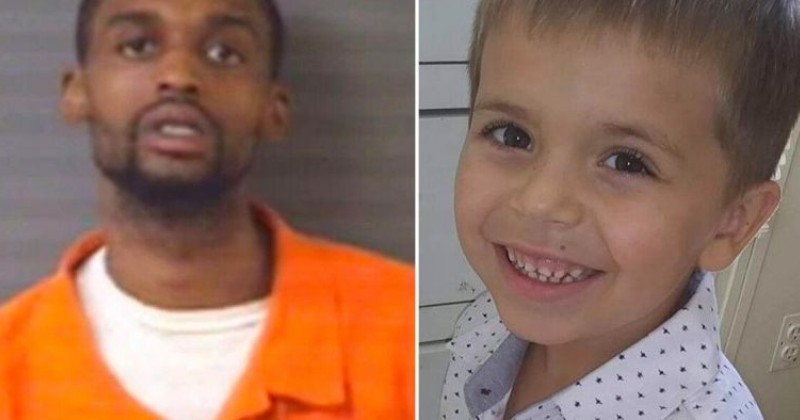 The mother of a man, who allegedly murdered a five-year-old boy for the offense of riding a bike on his front yard, has received hundreds of messages of support, sympathy, and prayers on social media as strangers shared their emotions.

Carolyn Sessoms was flooded with a diverse mix of messages extending support and colorful condemnation on Facebook after her son, Darius, 25, was alleged to have shot five-year-old Cannon Hinnant in the head at point blank range as he played on the street with his sisters on a summer’s afternoon at a Wilson, North Carolina, neighborhood.

It was believed that Darius was on speaking terms with his alleged victim’s father as eyewitnesses claimed the two had dined together days before the brutal shooting.

And in a stunning revelation, Carolyn’s other son, Joshua, 27, was found to be serving a 19-year prison sentence after being convicted on a slew of charges relating to statutory rape committed against a student at the school he worked at as a science teacher and volunteer sports coach.

As a result of the revelation, Carolyn was bombarded with a variety of messages including dozens of prayers, love, and uplifting comments, on the one hand, and furious disapproval from others bringing up her sons’ alleged record of abuse towards children, on the other.

The post containing the messages was simply an inspirational-style quote containing a passage from Psalms 34:7.

“The angel of the LORD encampeth round about them that fear him, and delivereth them,” the post read.

Cannon Hinnant’s murder lacked prompt coverage from the mainstream media, provoking internet users to make the “Say his Name” hashtag to go viral. Since the internet campaign, CNN reluctantly covered the story in a manner in keeping with mainstream narratives.

Can't help thinking about how when Jessica Dotty Whitaker was murdered the facebooks of her family were littered with horrible hatred from the BLM crowd.

The mixed responses were reminiscent of the backlash received by the family of a young mother, who was ambushed and murdered following an argument with Black Lives Matter supporters, received a hateful onslaught of messages on social media from leftist activists who celebrated her murder.